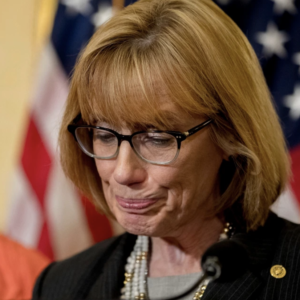 More than a month after the FTX scandal broke, Sen. Maggie Hassan and New Hampshire Democratic Party chair Ray Buckley are still holding onto the tens of thousands of dollars in campaign donations they received from indicted fraudster Sam Bankman-Fried. Meanwhile, the company’s new management has announced an effort to recoup some of the money Bankman-Fried stole from investors and gave away.

And the Department of Justice has launched a new website for victims of the alleged fraud scheme to contact their investigators.

“IF YOU BELIEVE THAT YOU MAY HAVE BEEN A VICTIM OF FRAUD BY SAMUEL BANKMAN-FRIED, A/K/A ‘SBF,’ PLEASE CONTACT THE VICTIM/WITNESS COORDINATOR AT THE UNITED STATES ATTORNEY’S OFFICE USING THE EMAIL ADDRESS LISTED BELOW FOR ASSISTANCE IN VERIFYING WHETHER YOU ARE A VICTIM IN THIS CASE,” the DOJ wrote in a release.

SBF is facing eight counts, including fraud money laundering and — most relevant to Hassan and Buckley — “conspiracy to defraud the United States and violate the campaign finance laws.”

Over the weekend, the Wall Street Journal reported that FTX’s new management team is trying to recoup money SBF and others around him gave away, either to charities as part of his “effective altruism” approach, or to political candidates and organizations like Hassan and the New Hampshire Democratic Party.

Are Hassan and Buckley among these recipients? Neither has responded to repeated requests for comment regarding their plans for the campaign cash.

SBF gave almost exclusively to Democrats, many of whom have already announced they’re returning the money or donating it to charity. Thus far, Hassan and Buckley are the rare holdouts who’ve done neither.

But even donating to charity may not resolve the issue.

“Debtors intend to commence actions before the Bankruptcy Court to require the return of such payments, with interest accruing from the date any action is commenced,” the FTX press release says. “Recipients are cautioned that making a payment or donation to a third party (including a charity) in the amount of any payment received from a FTX Contributor does not prevent the FTX Debtors from seeking recovery from the recipient or any subsequent transferee.”

Hassan is tied with Michigan U.S. Senator Debbie Stabenow for the most money received from SBF by an individual politician.

Stabenow just announced she’s retiring from the Senate when her current term ends.