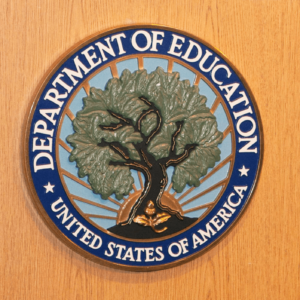 A proposed rule change for the U.S. Department of Education could mean subjects like critical race theory (CRT) get taught in schools across the country, including here in New Hampshire. Activist Adam Waldeck wants to push back.

“It’s anti-American indoctrination with a one-sided slanderous telling of our history,” Waldeck said.

Waldeck’s 1776 Action group is supporting New Hampshire lawmakers backing a ban on critical race theory and other divisive topics from being introduced into classrooms or other state agencies. Some GOP supporters of the anti-CRT legislation (HR 544) are threatening to tank the proposed state budget if a CRT ban is scuttled, a very real concern given the GOP’s slim majority. Negotiations in the state Senate on a compromise are underway, as Gov. Chris Sununu and numerous business leaders have expressed their opposition to the measure.

“I think what it really comes down to is that people who are passionate about this is because it has to do with their kids,” Waldeck said.

According to the Federal Register, a publication that catalogs the contract’s orders and contract proposals, the Department of Education (DOE) will put a priority on contracts that include new American History and Civics programs. “The priority would support projects that incorporate culturally and linguistically responsive learning environments,” according to the proposed rule change.

Critics of CRT’s race-based approach note the DOE’s order also quotes CRT activist Ibram X. Kendi and references The New York Times’ “1619 Project,” a widely-disputed account of U.S. history. In the view of CRT opponents, this is a sign the Biden administration is embracing the controversial worldview as a matter of public policy.

“President Biden is structuring the Department of Education’s programs to incentivize critical race theory in America’s public schools,” Manhattan Institute scholar Christopher Rufo told The Washington Free Beacon. “Biden campaigned as a moderate, but this decision would bring a radical and unpopular ideology into the classroom. The federal government should reject the principles of race essentialism, collective guilt, and neo-segregation, not encourage them in the public education system.”

“Wars were fought over the idea that we’re going to live by the ideal that we’re all created equal,” Waldeck said.

If the proposed rule changes go into effect, Waldeck said the fight against Critical Race Theory will go national. While there is no national school curriculum, Waldeck said the priorities for contracts is a back-door effort to impact education nationally.

Waldeck’s group, 1776 Action, is currently supporting the New Hampshire effort through advertising and may expand out as more state lawmakers adopt similar proposals.

Critical Race Theory has been banned in Florida. Similar efforts are underway in Oklahoma, Texas, Idaho, and Virginia.

“It’s a very new thing,” Waldeck said. “I think every state is doing it a little bit different.”

Among other concerns about Critical Race Theory, one of the leading founders of the school of thought, Harvard Law School Professor Derek Bell, spent years praising notorious anti-Semite Louis Farrakhan.

“Smart and super articulate, Minister Farrakhan is perhaps the best living example of a black man ready, willing, and able to ‘tell it like it is’ regarding who is responsible for racism in this country,” Bell worte.

Farrakhan and his Nation of Islam Church infamously blame Jewish people for racism and slavery. During a 2014 speech, Farrakhan said, “The Satanic Jews that control everything and mostly everybody, if they are your enemy, then you must be somebody.”