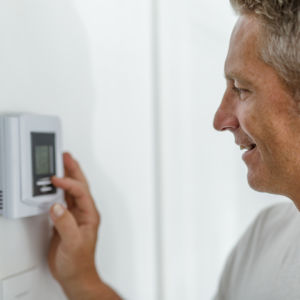 In 2017, it was a polar vortex. Now 2018 is off to a frigid start with a so-called “bomb cyclone” that has sent temperatures plummeting on the East Coast and across the country. To put it mildly, it’s cold out. The cold temperatures are unusual but not entirely unexpected and have caused utility companies around the country to call excess generation capacity into service. Although primary generation across the country has transitioned to cleaner-burning natural gas, New England has been calling oil-burning generators into service to accommodate additional demand while the Midwest is unable to draw on alternative energy sources during a period of low wind and short days.

During the last week of December, more than 220 million Americans saw temperatures below freezing as cold snaps stretched from Georgia to New Mexico to the Canadian border. International Falls, Minnesota even saw temperatures colder than Siberia, the North Pole, and Antarctica. The news shows the difficulty of making long term weather forecasts of the sort that are necessary for those planning generator fuel purchases. A Federal Energy Regulatory Commission (FERC) winter energy market assessment in October predicted that “warmer than normal temperatures” would lead to “moderate demand” in energy markets in the Northeast.

Although several months of winter remain, the last week has shown that moderate temperatures are not necessarily consistent and another week of frigid temps is on the way. The increased demand for heat has already had a noticeable impact on how New England is generating its electricity.

According to ISO New England, a transmission company serving Connecticut, Maine, Massachusetts, New Hampshire, Rhode Island, and Vermont, power for much of the region will come from natural gas. However, the relative lack of natural gas pipelines in New England means that utilities are forced to look to alternate fuels during periods of particularly high demand.

Since Christmas, ISO’s statistics show that it is increasingly calling on oil burning generators to meet customer needs. In late December, oil burning generators provided a very minimal amount of the electricity needed in the region, generally less than 350 MW at any point during the day. By the start of 2018, however, the utility company was relying on oil generators for as much as 6000 MW of generation during particular periods of the day, or around 31 percent of the total energy supply.

Burning fuel oil produces about 40 percent more carbon dioxide per btu than burning natural gas. For New England, which imports gas from Canada, but has been relatively sequestered from American production in the Marcellus shale, cold temperatures mean generation switches from cleaner to more polluting sources of energy.

The reliance on oil for emergency generation shows how America’s transition to cleaner energy is occurring in stages. While primary generation for much of the country has transitioned away from oil and coal to natural gas and alternative energy sources, this has not been the case for all stages of the generation apparatus.

Utilities in the Northeast, fearing inconsistent natural gas supplies, have retained oil burning plants to ensure reliable fuel supplies. On an average day during a non-peak season, the fuel mix relies on natural gas and nuclear generators for about three quarters of its power. Concerns about the reliability of gas supplies mean that during periods of extreme cold, like the one forecast to strike the Northeast in the next week, additional fuel must come from non-gas sources. In practice, this has meant oil.

In this regard, New England differs from other regions of the country. On the whole, the U.S. has turned to natural gas to meet increased demand during this widespread cold snap. On Monday, the country set a record for the most natural gas burned, consuming some 143 billion cubic feet. This reflects the increased draw on natural gas capacity as customers use more electricity.

Other areas of the country have relied less on oil burning plants but still see alternative energy options struggling to pick up the slack. Over the course of 2017, the U.S. installed record setting wind-turbine capacity. However, the extent to which this has been useful during the recent cold snap is harder to determine, as no government agency specifically monitors real time renewable generation.

This year at least, the weather has proven less than favorable for wind. The cold temperatures have been paired with still skies across much of the Midwest during the last week. In addition, the days are shorter. In Wisconsin, there is average of just under nine hours of daylight right now. By the end of January, this will be closer to 10 hours, a natural change with significant impact on solar generation.

Heading into the weekend, the cold temperatures are expected to linger, with severe storms predicted for parts of the East Coast. When the weather outside is frightful, it becomes increasingly apparent how necessary America’s balanced fuel mix is and also how many opportunities for improvement remain. Although generation has increasingly been shifting towards natural gas, emergency generation has been slow to follow. To prepare for cyclical cold snaps, utilities may need to consider additional natural gas capacity.