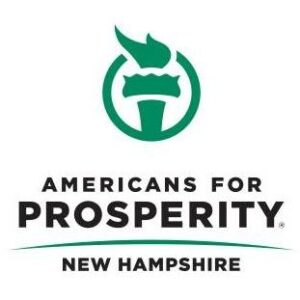 Americans for Prosperity-New Hampshire unveiled its second round of candidate endorsements Thursday, adding state House Speaker Sherm Packard and nine other legislator hopefuls to the list of races the libertarian policy group will play in this cycle. Two of the libertarian organization’s candidates are taking on moderate Republicans backed by Gov. Chris Sununu in the September primary.

Hoell, a conservative firebrand known for his aggressive support of gun rights, found himself and his family in a tangle with DCYF when he was accused of negligence after treating his 14-year-old son with Ivermectin during a COVID infection.

AFP-NH credits Hoell with building a coalition, the House Freedom Caucus, that led to a 2017 budget with numerous tax reductions. The 2017 debate is notable because it was the first time in recent history the House failed to pass a budget. The Senate Finance Committee, led by Sen. Gary Daniels, had to scrap two unrelated bills and start from scratch, working with the Freedom Caucus to ensure the new budget would get through both chambers.

Borland and Peternel, a doctor and a nurse, respectively, will advance policies to increase personal health care options at lower costs, while increasing quality, the group said in its press release.

“We are proud to endorse these great candidates who, when elected to the state legislature, will strengthen the New Hampshire Advantage,” said AFP-NH state director Greg Moore.

“These candidates understand what makes New Hampshire special and will continue to get government out of the way and ensure New Hampshire remains the freest state in the country.”

AFP has now endorsed a total of 29 candidates, and there is no indication that the group is done finding key races to elect their policy champions to Concord to move their agenda along.

The 10 candidates endorsed Thursday are:

That is  in addition to the 19 endorsements released in July.

Americans for Prosperity-NH first directly participated in electoral advocacy in the 2020 election cycle, engaging in 25 races including Sununu’s re-election. The group spent $900,000 engaging in the races, in which 22 of its 25 candidates won.