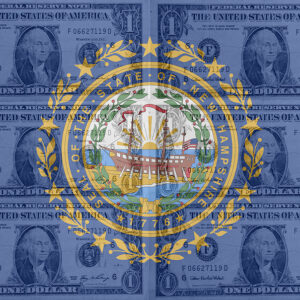 Two new national rankings out this week place New Hampshire’s economy among the best in the nation, adding to the state’s reputation as an economic success story.

New Hampshire’s economy ranks No. 5 in the country and No. 1 in the Northeast, according to a 247Wallstreet analysis released on Wednesday.

Then on Thursday, Wallethub rated New Hampshire’s COVID-19 workforce recovery the third-best in the nation since the start of the pandemic. Only Florida and South Carolina posted faster recoveries, based on the decline in weekly unemployment claims.

New Hampshire had a 91.48 percent decline in weekly jobless claims since the start of the pandemic. No other New England state was in the top 10. Maine, the closest, ranked 13th with an 84.09 percent decline.

“Responsible economic policies and fiscal management pay off, said Taylor Caswell, commissioner of the Department of Business and Economic Affairs. “Our COVID response, the investments we’ve prioritized, and the pro-growth policies we’ve pursued have given us the result we see here.”

In July, New Hampshire had the third-lowest unemployment rate in the U.S. at 2.9 percent. The only other New England state in the top 20 was fifth-ranked Vermont at 3 percent.

In the Wednesday ranking from 247wallst.com, New Hampshire claims the best economy in the region and the fifth-best in the country.

“New Hampshire’s economy is the strongest of any state in the Northeast,” according to the website, which placed New Hampshire behind only Utah, Idaho, Washington, and Colorado nationally.

At number eight, Massachusetts was the only other New England state to rank in the top 10. Despite its weak economic growth, Vermont ranked 19 on the strength of its relatively low unemployment and poverty rates.

New Hampshire has placed highly in a number of similar rankings in recent years. Last October, New Hampshire was at the top of the Tax Foundation’s annual Business Tax Climate Index for the second year in a row, for example. Surveys like these are terrific marketing tools for the Granite State, officials say.

“These types of rankings help us get the message out that we have the best combination of a pro-growth/low-tax economy and outdoor lifestyle on the east coast of North America,” Caswell said.

New Hampshire continues to rank highly by official economic measures as well, with the lowest poverty rate at just over 7 percent, and the third-highest GDP growth rate in the first quarter of this year at 8.4 percent.

“New Hampshire’s booming economy is no accident, said Greg Moore, state director of Americans for Prosperity’s New Hampshire chapter. “It relates directly to efforts over recent years to reduce the tax and regulatory burden on employers.

“Across the region and the country, companies are taking note and understand that the Granite State is the place to do business. Couple that with the changes that employers are making in response to the pandemic, and we are poised to continue this run,” Moore said.