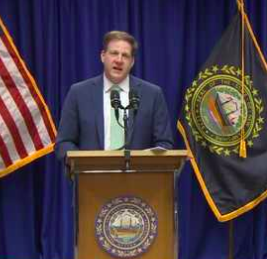 Last week, a University of Washington model projecting the impact of coronavirus across the U.S. predicted 337 Granite Staters would die by August 4, 2020 and the state’s hospitals would experience a shortfall of 81 ICU beds. An updated version of that model now predicts no bed shortages and a total of just 31 deaths in New Hampshire.

And instead of 11 people dying on the outbreak’s single worst day, that projected number is down to three.

The new projection lowers the impact of the potentially-deadly virus, not just in New Hampshire but across the country. It reduces the number of projected deaths in America from 93,531 to 81,766. Both these numbers are far lower than the quarter of a million deaths some national health experts had been projecting.

This University of Washington model, also known as the IMHE, is one of the most influential coronavirus models among U.S. policymakers, along with projections from Imperial College in London. Just days ago, the Washington Post was reporting that sources were saying the White House projections based in part on these models were too rosy. Those projections were for 100,000 to 240,000 deaths.

Now the number of projected deaths nationwide is down by 13 percent, and in New Hampshire it’s fallen by 93 percent.

At a press conference on Monday, Gov. Chris Sununu noted that projections have been changing. “The models are always moving a bit, but toward the end of April, the first of May we expect to see our peak. That crest of the surge might last for a day — or maybe weeks — before we see a longterm consistency in that number declining.”

While Sununu said he believes the strong, community spirit of the Granite State can help local residents get through the current crisis, he pointedly avoided raising hopes too high.

“The president says the next two weeks are going to be rough,” Sununu said. “I think that’s an understatement.”