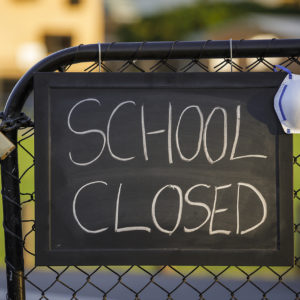 They blame Gov. Chris Sununu for not giving them vaccines the state doesn’t have. They attack parents who are pushing to reopen the classrooms. And they continue to deny the overwhelming weight of science and data showing classroom education is safe.

President-elect Joe Biden may be trying to inspire a new era of unity, but New Hampshire’s teachers unions have not gotten the message.

In Nashua, more than 1,000 parents have joined Nashua Parent Voice in response to the school board keeping classrooms closed since last March. After months of frustration with elected officials, parents are now fighting back, preparing a recall effort to remove the most pro-teachers union members from the board.

“The parents of Nashua have decided to take the action of Recall for the Board of Education Members, in my opinion, for Educational Misconduct,” Allison Dyer of Nashua Parent Voice told NHJournal. “The members of the board were elected to represent the interests of the Nashua School District’s 11,000 students. They have continually pushed back on any in-person learning option, which has essentially created forced educational displacement of this community’s most innocent of population, our children.”

Research shows remote learning has been a dismal failure, and children are paying the price, losing months of education progress. Minority and low-income students suffer the worst, the data show, which is a problem for Nashua’s relatively large minority population. Nashua teachers sympathetic to the parents’ concerns talk off the record about students who’ve disappeared entirely from the educational process during the Zoom-school era.

And then there are the economic costs to single-parent families and working-class moms and dads, a group less likely to be able to work from home than their white-collar counterparts. Nashua teachers sympathetic to the parents’ concerns talk off the record about students who’ve disappeared entirely from the educational process during the Zoom-school era.

Parents also complain that Nashua’s Department of Health and the city’s epidemiologist aren’t being honest about the data, stoking fears exploited by the union to pressure officials to keep the classrooms closed.

“We try to get the truth out, but they [city health officials] keep twisting the numbers to keep everyone afraid,” said Nashua parent Wayne Georgiana. “Parents have had enough.”

So what are the numbers? According to the New Hampshire Department of Health and Human Services dashboard, there have been just 16 total cases in all of the Nashua public schools since the pandemic began. Then again, with classrooms closed, those numbers should be low.

What would happen in, like about 70 percent of the rest of the state, Nashua went to hybrid learning? Once again, according to NH DHHS, there have been just 8,240 cases among the state’s entire under-20 population. That’s about 300,000 people. There have been just 13 hospitalizations and zero deaths.

Meanwhile, evidence continues to pour in that it is safe to reopen classrooms. Even Dr. Anthony Fauci has said America should “close the bars and open the schools” due to the low COVID transmission rates among children. State epidemiologist Dr. Benjamin Chan says schools can reopen, too.

And Schools reopened across Europe in August and study after study found no significant increase in spread in the classroom.

Reopening classrooms is working in Europe, across America and in most of New Hampshire. So why are so many teachers unions holding out?

Some believe it’s related to the $180 billion for schools in President-elect Biden’s COVID plan. Never leave money on the table, the thinking goes.

Others believe many teachers, like their white-collar counterparts, enjoy working from home and are content with classrooms staying closed as long as possible.

Sharon Giglio from the Nashua Board of Education claims it’s the data that’s keeping the classrooms closed, not pressure from the union. “This decision was made based on information provided by the Nashua Public Health Department. The district’s first priority is the health and safety of our students, teachers and staff.”

But the metric being used in Nashua is the overall caseload in the community, not among school-aged children or the city’s private schools where classroom instruction is occurring. In other words, city officials are using COVID numbers from nursing homes and among seniors to keep first graders out of class.

The teachers union, particularly in Nashua, shows no sign of submitting to the science and data. Instead, they are attacking the parents. On Monday the NTU Vice President Deb Howe posted a “Thought for today:”

“Wouldn’t it be great if the parents advocating for schools to reopen in Nashua would use their time and energy advocating with the Governor for teachers and school staff to be prioritized for COVID vaccines (for those who want it)?”

Not surprisingly, frustrated parents struggling to pay their bills and educate their children responded angrily to the union snark and the NTU quickly pulled down the post. But they still won’t go back to class.

“We have kids in lower income brackets and minority sectors that need to understand their rights,” Nashua parent Alicia Houston, told the Union-Leader. “A lot of the kids that need our help the most, they are muted. They have been silenced.”