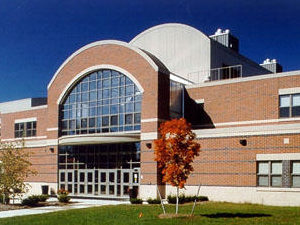 The Nashua School Board has taken traditional, five-day-a-week classroom education “off the table,” forcing working parents to find childcare solutions for children stuck learning from home while mom and dad try to pay the bills.

“At this point, we have taken going back to school fully off the table,” said board chairwoman Sharon Giglio. “I think a lot of school districts are going with hybrid models.” However, Giglio said, it’s possible the city will go to the same fully remote learning approach they used during the COVID-19 shutdown earlier this year.

In preparation, Nashua schools are ordering up to 4,000 Chromebooks to distribute to students, but a backlog of orders nationwide means they won’t arrive for two to three months.

America’s experiment with remote learning in the spring was an abject failure according to multiple studies by education researchers. A report from the Center on Reinventing Public Education (CRPE) says only one in three of the school districts studied kept up with basics like taking attendance and student progress.

A study of the Los Angeles school district found that “on an average day only about 36 percent of middle and high school students participated online. About 25 percent logged on or viewed work only. And about 40 percent were absent,” the LA Times reports.

And an analysis of remote learning outcomes by McKinsey and Company projects that the average student could fall seven months behind academically, with even worse results for students of color.

This last point is significant because, according to Census data, Nashua has one of the highest minority populations in the state.

In addition, more than 40 percent of Nashua public school students received reduced or free lunch even before COVID-19 hit the economy, a sign these households are less likely to have access to economically feasible alternatives to public school while parents are working. (Not to mention the fact that not going to school may also mean not eating three meals a day.)

It also reflects the fact that the percentage of Nashua children in single-parent households is higher than the state as a whole.

So while Nashua’s college-educated school administrators and relatively affluent school board members take regular classroom education “off the table,” the brunt of that decision will be borne by working-class parents and children, many of them members of the city’s minority community.