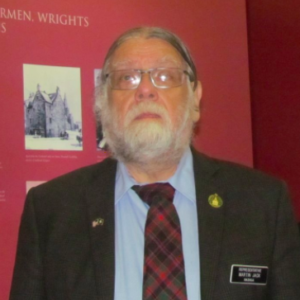 Bill O’Brien may be out of the NHGOP U.S. Senate primary, but he’s not done with politics. In addition to his role as co-chair of the influential Center Right Coalition, he’s also planning on running for state rep from his (relatively) new home in Nashua’s Ward 9.

When NHJournal spoke to Rep. Jack Thursday night, he seemed to be caught a bit off-guard. “I’m surprised,” the four-term Democrat said. And it wasn’t the first time.

“He caught me by surprise on Election Day when I was working the polls and who comes walking by but the ‘Honorable Bill.’ You know, he’s lived in Mount Vernon for years. I didn’t even realize he lived in my district.”

O’Brien was first elected to the NH House from Hillsborough County in 2004 and served until 2016.

Rep. Jack said the voters of Nashua care about three things: “Commuter rail, net metering and state contributions to municipal pensions.” It’s safe to say he and conservative Republican O’Brien are likely to disagree on all three.

What they have in common is a strong partisan streak. O’Brien is famous for his strong GOP bona fides, while the Citizens Count website reports Jack votes with his fellow Democrats 94 percent of the time. If partisanship matters, the incumbent should be in good shape: Hillary Clinton beat Donald Trump in the district by 12 points in 2016.

And, Rep. Jack noted, the coronavirus crisis is going to make it hard for candidates to campaign door to door, the electoral tradition in his compact, Nashua district. Running for his fifth consecutive term, he says, he’s already knocked on many of those doors and the voters already know him.

“I’ve won four times in a row, and you know we swept all 27 [Nashua] districts last time. The voters here know what I stand for, Rep. Jack said.

And his message for the former speaker?

“It will be interesting to see how the ‘Honorable Bill’ campaigns. But anyone who lives in the district is certainly free to run.”