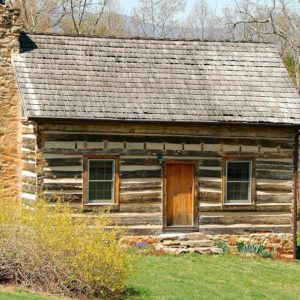 N.H. Man Sues Over Medicaid Work Requirement For Interfering With His “Subsistence Lifestyle”

Now, however, Granite State progressives are trying to kill the deal by filing lawsuits on behalf of put-upon people who are required to do 100 hours of work or community service a month in exchange for free healthcare.  The National Health Law Program (NHeLP), New Hampshire Legal Assistance, and National Center for Law and Economic Justice filed a lawsuit on Wednesday against the administration in D.C. district court on behalf of four Medicaid recipients who, they say, would suffer terribly if required to work in exchange for their free health care.

One of those poor suffering souls is Ian Ludders of Unity, NH. According to the National Health Law Program, Ludders is a 40-year-old man “who lives by himself in a small cabin on a land trust. He has chosen to live a subsistence lifestyle that prioritizes living off the land. Ludders supports himself through seasonal work including working in apple orchards, picking vegetables on farms, and other jobs.” [Emphasis added].

Mr. Ludders says he can’t possibly go to a community center in Claremont or get a job in New Hampshire’s red-hot economy because “time off between jobs is important to Mr. Ludders because it allows him to focus on subsistence activities such as growing his own food and chopping firewood to heat his cabin…He expects that he will no longer have time to complete his subsistence activities.”

Are the taxpayers of New Hampshire OK with paying Mr. Ludders’ health care bills so he can “choose to live a subsistence lifestyle?” Is he entitled to free medical care in service of his “subsistence activities?”

New Hampshire Democrats are making much of a court ruling against the Kentucky and Arkansas Medicaid work requirements and hoping the courts will derail the compromise they reached with Republicans just last year. A statement from Gov. Chris Sununu, Senate Republican Leader Chuck Morse, Senator Jeb Bradley, and House Republican Leader Dick Hinch reads in part:

“New Hampshire’s work requirement is a key provision of the bi-partisan Medicaid expansion bill that passed with overwhelming support in the legislature and which Governor Sununu signed into law last July. The Democrats’ and their allies’ continued attempts to undermine that compromise through lawsuits and legislative maneuvering are deeply disappointing.”

But the more relevant question might be how many Granite State voters are OK with paying the medical bills of able-bodied adults who could be contributing to their communities or working in this tight labor market, but would rather “live their subsistence lifestyle?”

One of the other plaintiffs suing to end the work requirement is Samuel Philbrick, a 26-year-old who works as a cashier in Henniker, NH. According to NHeLP, Philbrick doesn’t work 100 hours a month, doesn’t have a driver’s license and “will have difficulty getting transportation to complete other qualifying activities.”

Every day, thousands of Granite Staters find a way to get to work.  Some of them work lousy jobs. Others work terrific ones. But they do what they have to do to be responsible adults who pay their own bills.

Do New Hampshire voters really want to pay Philbrick’s bills because he can’t make it to work? Can’t find a ride? Can’t figure out a way to work from home, or to contribute his hours to a nearby charity or community group?

“I’m 57, self-employed, pay $550 a month for insurance, and I get to pay $8,000 in deductibles before I get coverage,” said Kathi Soule of nearby Twin Mountain, N. H. in response to Mr. Ludders’ lawsuit. “I would love not to have to work for my health coverage and hike every day in the mountains.”

Greg Moore of Americans for Prosperity-New Hampshire, a conservative group who backed the work requirement, points out that “employers are desperate for workers right now. They are bending over backward to accommodate them– on hours, on finding transportation. They can’t fill the jobs. The idea that able-bodied people in this economy can’t work doesn’t match the facts,” Moore told NHJournal.

And then there’s the dignity of work argument.  Sources inside the Sununu administration tell NHJournal that, separate from the contribution Medicaid recipients would make by working, the goal is to engage these citizens in the broader economy and create opportunity for them.  The more they work, the more they engage, the more they become part of the New Hampshire economy and can prosper in the future.

Do New Hampshire Democrats really want to run on the “Stay home and pursue your subsistence lifestyle, and the taxpayers will pay your bills” platform in 2020?