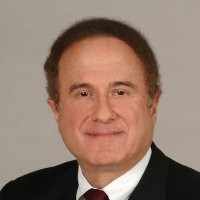 Gov. Chris Sununu today told NHJournal that a letter to the editor written by a Republican state representative mocking the allegations made by Christine Blasey Ford is “completely inappropriate.”

In a letter published in the Laconia Daily Sun, State Rep. Norm Silber (R-Gilford) compared the accusation of attempted rape to an innocent kid’s game from his youth.

“I confess,” Silber wrote.  “When I was in high school in Florida, sometime in the years 1959-1962, I attended a couple of parties at which I actively participated in a game we then called ‘spin the bottle.’…Based on this confession of my long-ago sins, I hereby withdraw from consideration of any appointments to the Supreme Court, U.S. or otherwise.”

“There no place for it,” Gov. Sununu said of the letter. “These are very serious accusations. This isn’t just a difference of opinions, it’s a potential assault,” Sununu said.

In an exclusive interview with NHJournal, Gov. Sununu repeated that, while he stands by his decision to join with 31 other Republican governors in support of Judge Brett Kavanaugh’s nomination to the Supreme Court, it is “absolutely essential the Senate get to the bottom of what happened” regarding Dr. Ford’s story.

“The allegations are very serious, the U.S. Senate must look into it, they must take the process through, do their due diligence and get to the bottom of what really happened, so we can make a judgment at that point,” Sununu said.

“Making a judgment now based on a single allegation is inappropriate without getting both sides,” Sununu said.

Sununu also said that he agrees with Sen. Susan Collins (R-ME), who said that if Kavanaugh is lying, that fact would disqualify the judge from sitting on the Supreme Court.

Sununu’s Democratic opponent, Molly Kelly, has called on Gov. Sununu to rescind his support for Kavanaugh in the wake of the accusation, a position supported by Planned Parenthood NH Action Fund in a statement released on Tuesday:

“We continue to urge Governor Sununu to withdraw his support for Brett Kavanaugh. Dr. Ford has bravely brought forward a specific and documented account of sexual violence by Brett Kavanaugh,” said Sabrina Dunlap, VP of Public Policy for Planned Parenthood NH Action Fund. “These serious allegations of sexual violence are disqualifying and further demonstrate that Brett Kavanaugh is unfit to serve on the highest court in the land. The Senate should listen to Dr. Ford, and call for an immediate stop to this confirmation process. As the leader of our state, Governor Sununu should do the same.”