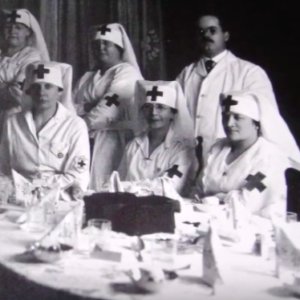 Thousands of Granite Staters dead from a raging virus. The governor lying ill, and a swamped healthcare system unable to treat him. Entire cities immobilized, and 24 children orphaned in a single month in Berlin, N.H.

Could that really happen in New Hampshire? It already has.

Compare that to the coronavirus outbreak. As of late Monday night, there were four cases in the state, two confirmed and two presumed — and fortunately, zero fatalities.

Does this mean the coronavirus isn’t dangerous or should be ignored? Not at all. But New Hampshire’s history can put today’s sense of public panic in perspective.

The infamous Spanish Flu of 1918 was actually the second wave of an H1N1 virus that had been working its way through Europe and the U.S. for months. When all was said and done, an estimated 50 million people worldwide were dead. 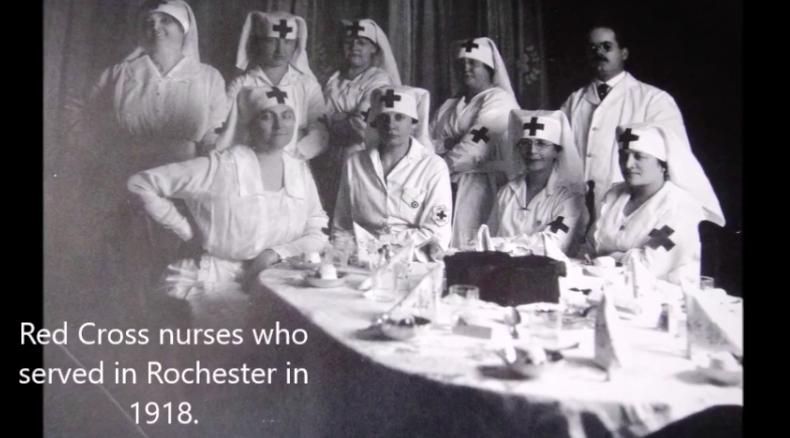 The deadliest outbreak in the U.S. began just miles south of the New Hampshire border at Camp Devens, a United States Army training camp just outside of Boston. As some 800 young, healthy soldiers died in a matter of weeks, the U.S. Surgeon General sent a group of doctors to the base to issue a report. What they found was horrifying.

“In the morning the dead bodies are stacked about the morgue like cordwood,” one doctor reported. Another said, “This must be some kind of new infection — or plague.”

That plague made its way to New Hampshire, some contracting it via contact with victims at Fort Devens, others from the Portsmouth navy yard, where nearly 150 victims fell ill on the U.S.S. Frederick. Soon the Spanish Flu was spreading across the entire state.

It completely overwhelmed the state’s healthcare system. According to Dorothy Pettit, author of the book A Cruel Wind: Pandemic Flu in America 1918-1920, the family of Gov. Henry W. Keyes was stricken with the flu but “despite a houseful of sick people — the Governor’s household, at that — a trained nurse was simply unavailable, so great was the demand in New Hampshire.”

Keyes, a Republican who had just been elected to the U.S. Senate weeks earlier, contracted pneumonia and nearly died. He went on to serve three terms in the Senate.

In small towns, the impact on the local healthcare system was particularly devastating. “It is hardly possible for me to describe the conditions in this community. I am the only experienced public health worker here with the exception of the staff. Saturday, I cared for forty patients, from four to nine sick in one family,” a public health worker in Berlin wrote. In Derry, the one district nurse responsible for the whole town, quit in early October because the town refused to pay her.

Derry did, however, take other actions: Shutting down the movie theater, local clubs and pool halls; canceling school sporting events; and public postings urging citizens to be “sanitary, avoid talking, whistling or breathing into anyone’s face, don’t spit on sidewalks and avoid crowds.”

Historian Byron Champlin recounts the story of Ansel Campbell, who died just a few hours after his release from the Concord hospital. A note on his body requested that Carrie Champagne be notified of his death but when the message arrived, she had already died — just four days after the flu took her daughter.

“There was so much death and so many young people who died. A father dies and a little son dies and a daughter dies and a mother is left to bury them all,” Champlin told the Concord Monitor.

Should these stories terrify us, or do they reveal the distance between the coronavirus of today and a truly horrific virus like the Spanish Flu? For example, one reason the 1918 outbreak was so frightening is that it killed quickly and the victims tended to be young and heathy. Today, while the actual mortality rate of the virus is still unknown, the best evidence is that its victims tend to be older.

And while it’s theoretically possible that the sheer volume of flu patients would overwhelm our healthcare system today, it’s far larger and more robust than the “one nurse per town” system in New Hampshire 100 years ago. And there are far more medicines widely available over the counter to treat symptoms at home — which is how the vast majority of people will deal with it.

Communities like Philadelphia, which ignored warnings and encouraged crowds to gather (they actually held a WWI parade that spread the disease to thousands) have not been judged kindly by history. At the same time, the consequences of panic are very real.

Somewhere between irresponsibility and overreaction is the proper place for public policy. Seeing the difference between the Spanish Flu of 1918 and the coronavirus of today can help us find it.