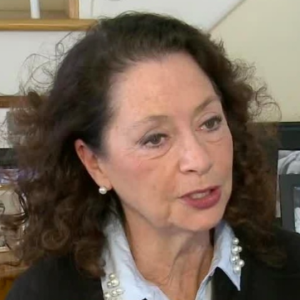 On Thursday, ECHO Action, which bills itself as  “New Hampshire’s dynamic environmental justice network,” blasted out an a email to Granite State’s green activists entitled “Shocking Video: NH candidates on climate & GB [Granite Bridge] pipeline.”  Among the videos linked in the email were two of Molly Kelly offering what ECHO action found to be unsatisfying answers to environmental questions.

In particular, the former state senator refused to oppose the Granite Bridge pipeline currently under consideration and does not support a total ban on pipeline expansion — one of the priorities of environmental groups like ECHO Action and the Conservation Law Foundation.

“I will look at that, and I will try to learn what that pipeline is doing,” Kelly said when asked for her definitive position on the Granite Bridge project. “I have been in some of the communities [served by the pipeline] and talked to some people there.”

“I do hear what you’re saying and I will make a decision,” Kelly said.

Kelly also refused to pledge not to take any money from the fossil fuel industry, another sore spot with environmental activists. “I pledge to the people of new Hampshire that I will focus on what’s healthy for them” was as far as Kelly would go.

Kelly’s soft support for the cause stands in stark contrast to Steve Marchand, who has explicitly announced his opposition to the Granite Bridge project.  Marchand is clearly making a play for the progressive base on the New Hampshire party, staking out clear positions on abortion, campaign financing and the environment to contrast himself with Kelly’s more conservative views.

Environmental activists seem to like what they’re hearing from Marchand.  Will they ignore the Democratic leadership and back a Bernie-style insurgent instead?