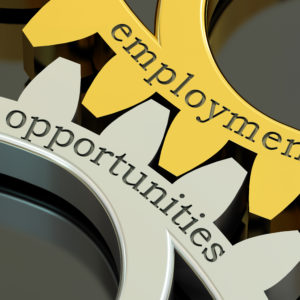 According to the Bureau of Labor Statistics, employment rose by 2,100 in May to a total of 733,200 employed residents of New Hampshire. That’s up almost 7,000 workers year-to-year. While the unemployment rate edged up a tenth of a point to 2.7 percent, it’s still well below the national unemployment rate of 3.8 percent.

“With the fastest growing economy in New England, New Hampshire is open for business like never before,” Gov. Sununu told NHJournal.com “The Granite State economy is thriving and our workforce is growing. Our pro-jobs, pro-growth agenda is bringing people into the labor market — a fantastic sign for the New Hampshire economy.”

Gov. Sununu takes every opportunity to celebrate New Hampshire’s economic successes, and it’s probably smart politics to do so. While polls have shown the Republican governor is relatively popular in purple New Hampshire, the overall trend is for Democrats to have a good year in the 2018 midterms.

In fact, GOP hopes that they might somehow avoid the traditional anti-party-in-power backlash historically seen in midterm elections have faded in recent days as the “generic ballot” has moved back close to a double-digit Democratic advantage in June.

Gov. Sununu has shown a willingness to move to the political center. Last week he sign bills on issues of sexuality and transgender issue likely to offend the Right, such as the transgender equality, or “bathroom bill.”

“He feels like he is comfortably ahead enough that he can afford to lose a few social conservative votes,” Saint Anselm College political science professor Christopher Galdieri said at the time.

Democrats are engaged in a spirited primary to pick a candidate to challenge Sununu in November, with the establishment pushing former state senator Molly Kelly over progressive former Portsmouth mayor Steve Marchand. Both candidates have the potential to ride an anti-Trump–and therefore anti-GOP–wave if it reaches New Hampshire in November.