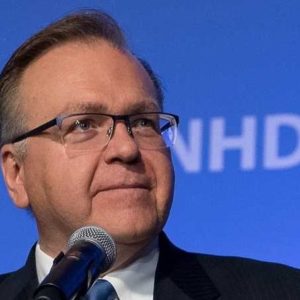 At their state convention in Stratham, NH on Saturday, New Hampshire Democrats signed off on a new party platform calling for the legalization of marijuana and an end to the death penalty in the Granite State–putting them directly at odds with incumbent Republican Governor Chris Sununu.

“We believe that marijuana should be legalized, taxed and regulated,” the state party platform now says. The pro-pot plank was passed unanimously and–ironically–in a vote held at a middle school.

Legalizing pot is the official position of many of the most prominent N.H. Democrats running in November, including most of the NH-01 congressional candidates as well as both candidates for governor, Molly Kelly and Steve Marchand.  In fact, Marchand has made marijuana legalization a central plank in his campaign, claiming that smoking pot is safer than cigarettes or cocktails:

It [marijuana] does not have the harmful effects of tobacco and alcohol, two products the state regulates and taxes. It is not associated with serious diseases in the way alcohol (cirrhosis) or tobacco (cancer) are, and does not have the addictive properties of alcohol or tobacco, either.

His primary opponent, Molly Kelly, makes no mention of the issue on her official website.

For his part, Gov. Sununu continues to oppose recreational marijuana, even as some form of pot legalization has now passed in every jurisdiction that borders the Granite State, including Canada. 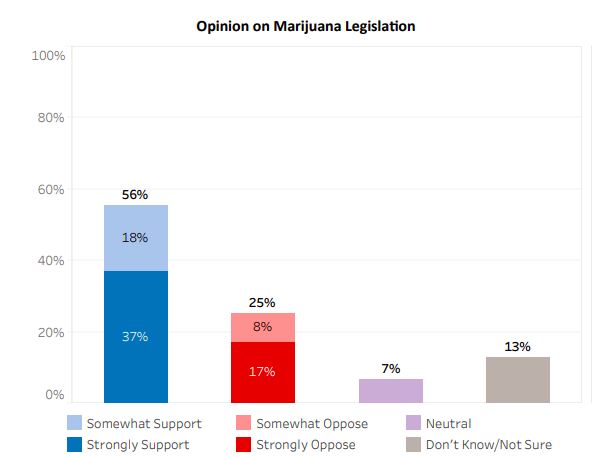 “Governor Sununu has supported commonsense reforms to decriminalize marijuana use and expand the availability of medical marijuana. Considering New Hampshire is in the midst of a drug crisis, Governor Sununu remains firm in his position that now is not the time for recreational legalization,” Sununu told NHJournal through a spokesman in April.

Democrats also made repeal of the death penalty part of their platform yet again, a proposal that made it through the GOP-controlled legislature before being vetoed by Gov. Sununu. “Abolishing the death penalty in New Hampshire would send the wrong message to those who would commit the most heinous offenses, namely, that New Hampshire is a place where a person who would commit the unthinkable crime may be guaranteed leniency,” Sununu said.

The question now is which side of these issues is the political winner in November?  According to the Granite State Poll, conducted by the University of New Hampshire Survey Center in February, Granite Staters favor legalization 56-25 percent.  Young voters overwhelmingly support pot legalization and high turnout (no pun intended) would be a win for Democrats. However, older voters tend to oppose legalization, vote Republican and are more reliable voters in midterms, so the math may favor Sununu and the GOP.

However it shakes out, New Hampshire voters will have a very clear choice between approaches to pot and the death penalty in November.