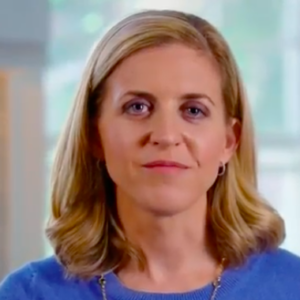 Coming to a red hat near you?

Sullivan, the top money-raiser in the race to replace retiring Congresswoman Carol Shea-Porter announced today that her campaign is hitting the airwaves with two TV ads, both highlighting her military service.

“Maura Sullivan is the first candidate in New Hampshire’s First District to release two TV ads and reserve airtime in the Democratic primary,” her campaign said in a statement.

In the most recent filings with the FEC, Sullivan had raised more than $1.5 million, nearly tripling the $660,000 raised by her closest Democratic competitor, Executive Councilor Chris Pappas. Pappas has attempted to turn the fact that most of Sullivan’s money comes from out of state into a campaign issue, but the fact remains that she has raised far more money than anyone else in the field.

In one of the new TV spots, after touting her record as a veteran and expressing her support for gun control and opposition to President Trump’s immigration policy, Sullivan concludes with her “Make America ‘AMERICA’ Again” slogan.

Sullivan’s comment is an obvious reference to President Trump’s campaign motto, and a not-so-veiled attempt to invoke the unpopular president into the Democratic primary. Sullivan faces 10 other candidates, many of whom are pushing progressives’ buttons with support for abolishing ICE and #MedicareForAll, positions Sullivan has thus far declined to take. She could use a boost among the “Hashtag” voters in her party’s base.

The question is how Democratic primary voters will respond to the slogan? Will #MAAA hats make an appearance at upcoming Sullivan rallies?

Sullivan may be more comfortable campaigning on national issues like her opposition to President Trump given the short amount of time she’s lived in New Hampshire. Sullivan, who reportedly considered congressional runs in Illinois and Virginia before settling on the Granite State, moved to New Hampshire in July of 2017. The vast majority of her $1.5 million in campaign funds has come from outside the state.

One of her opponents may be working on a new slogan: “Making Carpetbagging Great Again.”