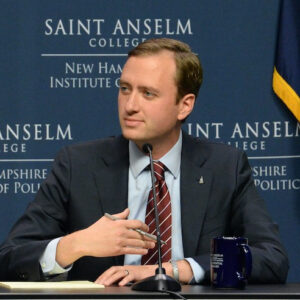 One day after appearing at the NHGOP Unity Breakfast to rally the party faithful around the ticket, former First District Republican candidate Matt Mowers fired a shot across the bow of his fellow Republicans.

The liberal media outlet The Recount tweeted clips of GOP U.S. Senate nominee Don Bolduc declaring at a debate in August that the 2020 election was stolen, followed by a video from September 15 with Bolduc flatly stating “Joe Biden is the legitimate president of this country. The election was not stolen.”

Mowers, who finished second in the NH-01 GOP primary behind Karoline Leavitt, retweeted the video with the message, “Even if it is politically advantageous, I’m glad to see @GenDonBolduc speak honestly about his position on the 2020 election. Will other GOP candidates follow suit and finally be truthful about where they stand?” 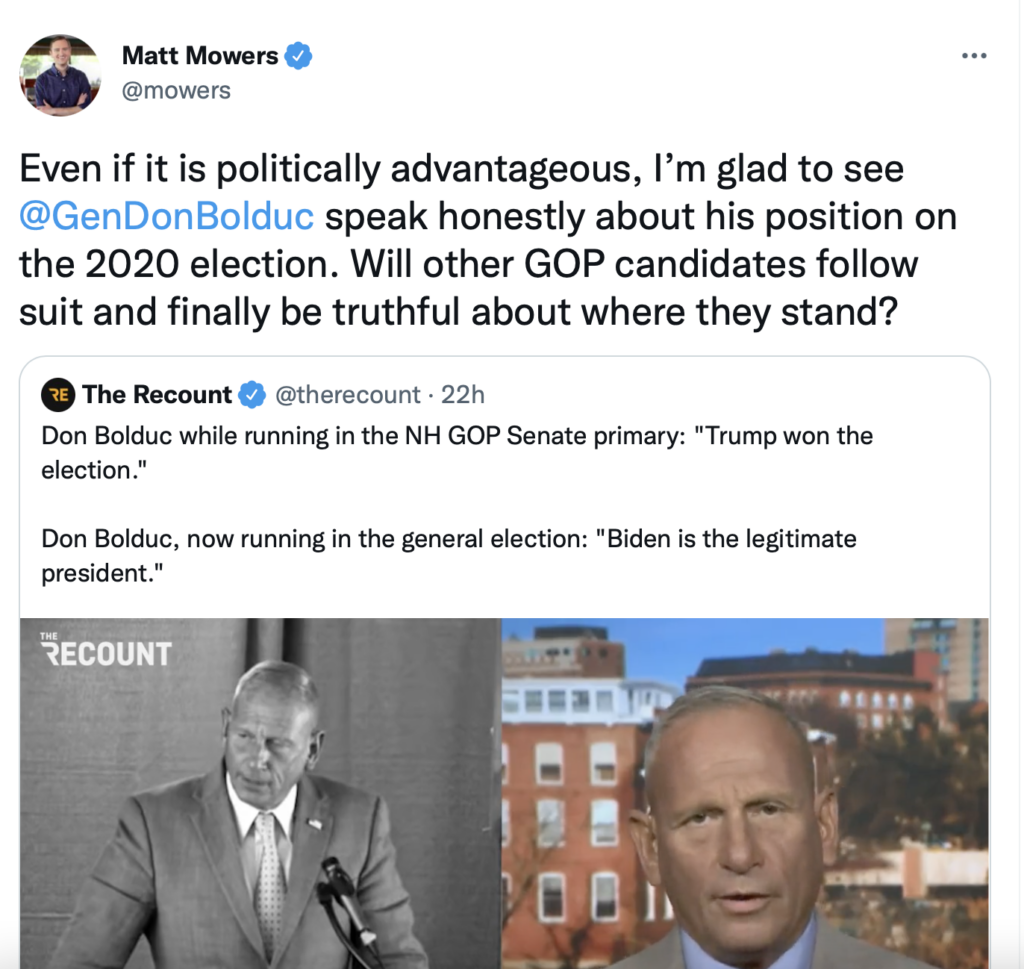 One of Leavitt’s campaign themes was the oft-repeated statement that she is “the only candidate in this race who says the 2020 election was stolen and Joe Biden legitimately did not win 81 million votes. That’s preposterous,” as she put it during the NHJournal debate in August.

Granite State Republican activists and campaign insiders interpreted Mowers’ message as a public hit on Leavitt, and they weren’t happy — though they did not want to talk on the record as they work to build party unity.

Another suggested it was just an emotional reaction after a tough campaign fight. “Best to stay off the nets and rest up.”

Contacted by NHJournal, Mowers said he was reacting to the broader issue of Republicans nationwide embracing Trump’s unfounded stolen-election rhetoric, calling it a political “third rail” for the GOP.

“Some of our Republican candidates across the country made the political calculation to hug the third rail on a number of issues to win a fractured primary at the expense of their success in the general election,” Mowers said. “While General Bolduc’s comments will come across as politically convenient, I tip my hat to him for finally saying what he really believes on the issue of the 2020 election. Other Republican candidates across the country would be well-served to follow his lead.

“Joe Biden and the Democrats have made a mockery of our country, but the American people are only going to hire Republicans to fix the mess when we offer them hard truths and solutions, not convenient lies.”

During the NH-01 primary, Mowers answered questions about the 2020 election by saying there were irregularities in many states but “Biden’s sitting in the White House right now.” And, as Leavitt noted, the rest of the field also avoided saying the 2020 election was stolen — a theory the vast majority of New Hampshire voters reject according to polls.

Sources close to the Karoline Leavitt campaign tell NHJournal that as of late Friday, Mowers had yet to reach out to the candidate or offer his help in the November election.