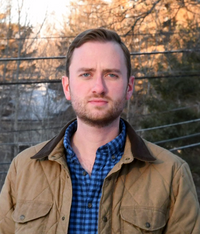 “Our message is resonating,” Mowers told NHJournal. “There are folks who are reaching out who didn’t support me two years ago, who’ve said, ‘We’ve had enough of what’s happening in D.C.'”

But there are still plenty of “folks” in New Hampshire who believe Mowers can be beaten. Just a week ago, yet another Republican — former state Sen. and Executive Councilor Russell Prescott — jumped in the race. He is confident enough about his prospects to publicly pledge to self-fund his campaign.

Like so many Republicans in primaries this year, Mowers and the rest of the field have their eyes on Mar-A-Lago. A former 2016 Trump campaign staffer and State Department official in the Trump administration, Mowers got Trump’s endorsement in 2020, and he is hoping to get it again.

While Trump sometimes pads his “win-loss” record, now that Dr. Mehmet Oz is the GOP nominee in Pennsylvania, he is at 20-8 in competitive primaries. Nobody doubts the former president can have a formidable impact on the NH-01 primary.

Two of Mowers’ Republican opponents, Karoline Leavitt and Gail Huff Brown, also have connections to Trump. Leavitt worked as an assistant press secretary in the Trump administration and Huff Brown’s husband Scott served as Trump’s ambassador to New Zealand. A fourth candidate, Tim Baxter, has no Trump connections, but is running as an aggressive “America First” candidate and is pushing for a state audit of the 2020 presidential election.

Mowers says he is not worried. “I was in Trump Tower on Election Night, served his administration in a senior capacity, and most importantly, every poll shows I’m going to win this primary big and win the general election big. And so I’m confident we’ll be on the same team.”

And yet Team Mowers also felt the need to send a memo last week re-stating its case to Republican activists. It touts Mowers’ fundraising (“The historic haul of nearly $1.2 million in eight months is hundreds of thousands more than any of the other Republicans in the NH-01 primary”) and his relatively high name ID.

Mowers is running on a traditional Republican platform of fiscal conservatism, low taxes, border security and embracing America’s energy sector. “I am a lifelong conservative,” the 32-year-old candidate said. He says he became conservative watching his parents, a bartender and construction worker, “busting their hump” every day to make ends meet.

Mowers touts his foreign policy credentials working in the State Department. “There aren’t a lot of folks in this race who can say they were in the room with the secretary of state when North Korea sent missiles over Japan,” he told NHJournal. He says the war in Ukraine, the hasty withdrawal from Afghanistan, the threat from China, and drugs pouring over the southern border make national security experience paramount.

Mowers is polished and affable in person, with a boisterous laugh. At a “Back the Blue” event at the 405 Pub in Laconia, Mowers spoke with local sheriffs about his support for law enforcement, protecting qualified immunity, and stopping drugs like fentanyl from entering the country and making their way to New Hampshire. He favors Gov. Chris Sununu’s hub-and-spoke model for accessing substance abuse treatment but says more treatment options are needed. “You need to get people help the day they know they need help,” he said.

Mowers says he opposes critical race theory in schools and that he and his wife talk about this issue often. “Having a 10-month-old, it’s not theoretical to me,” he said.

On the topic of abortion, Mowers doesn’t equivocate. “I am pro-life.” When pressed about whether he would support a federal law outlawing abortion, Mowers said the Supreme Court is likely to bring the issue back to the states, not Congress. This will likely be a big issue in the general election.

When you Google Matt Mowers, two things come up: that he is running for Congress and that he voted twice in the 2016 GOP presidential primaries–once in New Hampshire and then in New Jersey, after he moved there to work for the Trump campaign. Though the New Hampshire Attorney General’s Office recently cleared Mowers of violating any state election laws, the issue continues to dog his campaign. All his opponents have attacked him on the issue. Huff Brown told NHJournal Mowers voting twice is “disqualifying,” adding, “we are the party of election integrity.”

Mowers counters, “The AG, I think, said it all when he said the matter is closed. It’s nothing more than a political attack manufactured by folks who want to try to win this race, whether it’s the Democratic establishment down in D.C., leftwing opponents like Chris Pappas, or, candidly, more leftwing opponents in my own primary who want to attack me as well.”

The election integrity issue resonates with the Republican base, many of whom have embraced Trump’s storyline that he received more votes in 2020 and the election was stolen from him in a vast conspiracy. (A national poll released last month found 72 percent of Republicans believe it’s “somewhat” or “very” likely Trump actually won.)

Mower’s take? “Based on what I see and votes that were cast, the guy who got the most votes is sitting in the White House,” Mowers told WMUR.

When asked if a candidate’s stance on the 2020 election is important to securing Trump’s endorsement, Lewandowski allowed that “it may be a factor.” But, he added, the ability to win trumps all.

Mowers believes he owns the “electability” lane in this race. It is up to one of the other GOP candidates to knock him out of it. If they can.