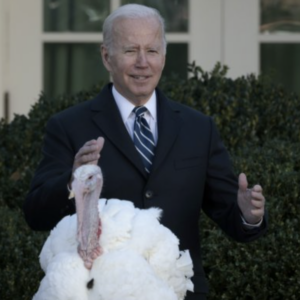 It’s beginning to look a lot like Christmas, and for many of us who weren’t able to spend last year’s holidays with friends and family, it can’t come soon enough!

While the pandemic is not over, we are returning to normalcy and that is a very good thing.

But at the risk of sounding like a Grinch, the news isn’t all good. This holiday season is shaping up to be another challenging one for many New Hampshire families, as we are seeing a new set of problems, unrelated to the pandemic, that threaten to derail our holidays yet again.

First and foremost: Inflation. If you feel like your dollar isn’t going as far this year as it did last year, you’re not alone. When polled, most Americans have said inflation is the most serious issue we face today. In October, the rate of inflation was 6.2 percent, the highest it’s been in 30 years. Gas prices in New Hampshire are up more than a dollar a gallon since Biden took office. Grocery prices, car prices, and appliance prices are all up across the board as well. Shopping for Thanksgiving dinner this year is the most expensive it has ever been.

And that’s assuming that the store shelves aren’t empty. Supply chain issues and worker shortages are coming to a head. Container ships are sitting at docks around the country with no one to unload them. Stores and restaurants are cutting back operating hours, or shutting down completely.

The majority of people in these same polls put the blame squarely on the Biden administration and our federal delegation, and for good reason. Runaway spending and failed economic policies have forced the inflation rate up and the Democrats in Washington have failed to adequately address the real problems that Americans care about. Democrats have instead chosen to spend their time waging culture wars and threatening legal actions against parents with the audacity to question their local school boards and take interest in their child’s education.

Since Day One of his presidency, Joe Biden and the Democrats in Washington have sought to remake America into a country that few of us recognize, and even fewer wanted.

When President Biden visited our state a few weeks ago to sell his infrastructure bill, an interview with a Woodstock resident named Guy Hoover went viral on social media. Mr. Hoover was asked about the President coming to his town and expressed that he is far more concerned with being able to afford to heat his home this winter. He is far from alone. Home heating oil and natural gas prices are skyrocketing at the worst possible time.

These are the real concerns that real people have. These are the new worries that threaten to keep us from traveling to visit our families. These are the issues being discussed at kitchen tables and keeping parents up at night.