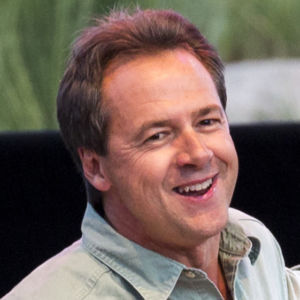 Montana Gov. Steve Bullock is hardly a household name, but he’s hoping to make the main stage of the 2020 Democratic primary debates and become a major player.  His argument is that he has won statewide office as a Democrat in a deep-red state that Donald Trump carried by 20 points. “It would be a shame if that group [of 2020 candidates] didn’t include the only Democrat to win in a Trump state,” Bullock told reporters in Helena on Tuesday.

The counterargument is that many Americans think Montana is the capital of Canada. It’s not a typical launchpad for national politics.

Just a few days ago, for example,  the Montana governor signed a two-year, $10.3 billion state budget.  To put Montana’s $5 billion annual budget in perspective, that’s about how much the city of Philadelphia spends every year. (Then again, it’s more than 10 times larger than the $370 million annual budget for Pete Buttigieg’s South Bend, Indiana.)

Bullock has made campaign finance issues and transparency a central part of his political agenda, fighting to stop corporate spending in Montana elections and forcing more financial disclosures by nonprofit groups.  At the same time, he’s started his own political action committee, Big Sky PAC, which has donated to six out-of-state Democrats.
By sheer coincidence(?), five of them are in Iowa or New Hampshire.

Many media outlets continue to report that Gov. Bullock is number 22 on the candidate list because they’re not counting former Alaska U.S. Senator Mike Gravel, but he’s likely to meet the requirements to make the debate stage and claims he’s in it to win it.

And the fun may not be over yet!  The Iowa caucuses are nine months away and more candidates may enter the race.  NYC Mayor Bill de Blasio is still a “maybe.”  Georgia’s Stacey Abrams has yet to give a firm “no.” Billionaires Tom Steyer and Michael Bloomberg have both dropped out, then said they may change their minds depending on how the campaign develops. John Kerry could still get in, and Hillary Clinton’s on the list “might jump in the race” list because, well…Hillary Clinton.