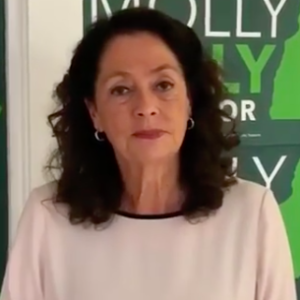 The Kelly campaign is running ads attacking Gov. Chris Sununu for not supporting a paid family medical leave (PFML) plan passed by the House in March. It called for a 0.67 percent wage contribution from employees, paid workers 60 percent of their average wages for up to six weeks, and had an opt-out mechanism to make the plan voluntary.

It also has one more thing: Almost universal agreement that the plan Molly Kelly is pushing is unsustainable. The numbers just don’t add up.

Ask the researcher whose work Democrats relied on to craft the original proposal passed by the New Hampshire House in March:

Ask the then-commissioner of the New Hampshire Department of Insurance, Roger Sevigny, who worked with Governors John Lynch and Maggie Hassan before serving under Gov. Sununu:

When Democrats wanted analysis to back up their PFML proposal, they called on researcher Jeff Hayes of the left-leaning Institute for Women’s Policy Research. He told NHJournal there’s “just very little data out there” to support the House proposal rejected by Gov. Chris Sununu and being promoted by Molly Kelly.

Why is Molly Kelly attacking Gov. Sununu for supporting a plan that even its advocates agree won’t work? (The Kelly campaign declined repeated requests for comment.)

“Look, the Democrats are fighting very hard to distract from the fact that they supported a bill that was effectively an income tax and would have railroaded people into a system that was not even financially viable,” Gov. Sununu told NHJournal.  “Of course I’m not going to support that. The Democrats are pushing it for political reasons. I want to rebuild a voluntary system for paid family medical leave.”

In Sununu’s opinion, the bill Kelly backs fails the most basic math question: Will enough people participate to bring in enough revenue to cover the costs?

“Democrats were anticipating participation rates in the realm of 60, 70 percent, and then they were praying that people only took used their PFML program once every 11 years. That’s how it was going to remain viable,” Sununu said.

Academics like Smith and Hayes call it the “adverse selection problem.”

“I have argued in the past that the people least likely to use the benefit are the most likely to opt out,” Smith said.

Something similar happened in Massachusetts when so-called “Romneycare” was first passed. People didn’t bother to get insurance until they got sick. The “pre-existing conditions” mandate forced insurance companies to sell them coverage–which they promptly stopped paying for as soon as their medical bills were covered.

Hayes acknowledged this example to NHJournal and said he tried to take it into account in his own modeling. “We tried to model based on the notion that people would know when they were going to need [paid leave] and buy in, and then stop buying in when they no longer needed it.” None of the models he ran on behalf of the Democrats’ proposal could confirm sustainability, he said.

And, it should be noted, both Smith and Hayes support more study and data-gathering on this issue. In fact, Dr. Smith tells NHJournal she has received a grant to study the voluntary-participation PFML approach.

This lack of sustainability is one of the reasons business groups like the NFIB New Hampshire oppose Kelly’s approach.  When State Director Bruce Berke announced their endorsement of Gov. Sununu on Wednesday, he specifically praised the governor for “opposing unsustainable programs that could have led to a backdoor income tax”—a clear reference to the PFML proposal, he told NHJournal.

Why does he oppose the plan Kelly is promoting?

“Under the bill,  if the program was no longer sustainable the state could just ratchet up the rate on employees. And there was no opportunity for that employee to then drop out of the program.  It allowed the state to take more money from the employee’s paycheck without the employees acquiescence, and without any buffer for the employer,” Berke said.

At that point, you’re putting the employer between the employee and their paycheck.  And that’s just not a very good place to be,” Berke said.

Not everyone agrees. Sen. Dan Feltes, a key backer of the plan, says the data work:

“The stress testing of the actuarial model showed the math would work with higher take-up [enrolled workers using paid leave] than the Hayes study, and even if 100% of the top 15% of income earners and close to two-thirds of all workers opted out. Given the overwhelming need for this insurance by Granite State working families, not one person or economist ever suggested over two-thirds of the workforce would opt out, and no one disputed or had any other analysis. Instead, a new, completely unrealistic standard of ‘certifying’ to the exact numbers was created in order to defeat the bill,” Feltes told NHJournal.

Critics argue that the take-up rate analysis is skewed by same adverse selection problem as the entire program. The actuarial model uses Rhode Island as the standard, where participation is mandatory. If every worker is enrolled, the take-up rate will be smaller than in a voluntary system.

The real problem is the bill’s reliance on voluntary participation, Smith says. “You can’t get the pool of people you need the way this is structured. That makes the argument for a program that covers all people.”  In other words, a mandatory program. Which is precisely what Gov. Sununu and other opponents of the plan have argued it would inevitably lead to from the beginning.

Sununu says he supports a more free-market approach with an opt-out element. “Whatever we do, we’re going to make sure that it’s a public-private partnership, getting the private sector involved  and letting the marketplace control the pushes and pulls on the system, not just the government,” he told NHJournal.

According to NHPR, “Kelly envisions New Hampshire having a voluntary paid leave program, where employees would opt in.” If true, this would make the sustainability problem even worse.

As it stands, Molly Kelly is attacking Gov. Sununu for not supporting a paid family leave plan that even the researchers who worked with its advocates concede is unsustainable. The failure is built in.

The obvious solution would be for Kelly to offer her own plan. But that would involve admitting that Sununu made the right decision by killing the plan backed by House Democrats.  It appears that Molly Kelly would rather have the political issue than a sustainable solution.