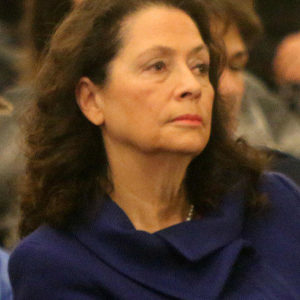 Molly Kelly Announces Her Support for Taxpayer-Funded Abortions in N.H.

At a candidate forum in Nashua, N.H. Monday night, Molly Kelly made it clear that, like her Democratic opponent in the governor’s race, she too supports taxpayer-funding for abortions in the Granite State.

In her most impassioned moment of the night, the former state senator told the Democratic primary voters gathered at the Nashua library: “I am going to be perfectly clear with you: I have been a champion for women’s reproductive rights my entire life.

“As your governor I promise you, that all women–all women–no matter, regardless of your income will have access to a safe, legal abortion. Period,” Kelly added, pounding the lectern.

Kelly was responding to an aggressive campaign on pro-choice issues by Steve Marchand, her opponent in the Democratic primary. He’s released a plan calling for taxpayer-funded abortions at any point in a pregnancy, including for a minor child without her parent’s consent.

The question has been whether Molly Kelly, who has been endorsed by the abortion activist group Emily’s List, would continue to take a more restrictionist position on women’s choice than her opponent. On the issue of taxpayer funding at least, the answer is “No.”