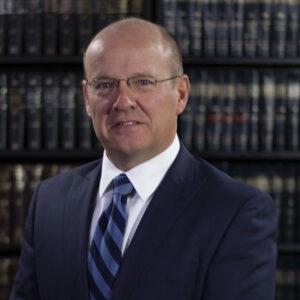 A Right to Work law is simple: It means no worker can be forced to join a union or pay union dues in order to get or keep a job.

It’s basic common sense, and given the history and tradition of freedom in New Hampshire, many people find it surprising that we are not a Right to Work state.

Right now, tens of thousands of Granite State workers are forced to pay tribute to a union boss — or be fired — because they have the misfortune of residing in a forced-unionism state.

And every year, these workers cough up millions of dollars in forced union dues to union officials just to have a job and feed their families.

This is just plain wrong and un-American.

And Right to Work isn’t just about freedom; it is also a great tool for economic development.

After passing Right to Work in Indiana in 2012, then-Governor Mitch Daniels said that his phone literally began ringing off the hook with new companies wanting to come to his state.

In just the first eight months after the Indiana Right to Work Bill was signed into law, the Hoosier State gained over 100,000 new jobs according to the Bureau of Labor Statistics.

And Indiana hasn’t been the only state to benefit from passage of Right to Work.

In fact, in 2013-14, the two years after Right to Work passed in the two states, Indiana and Michigan ranked one and two in the country in manufacturing job growth.

In Michigan’s case, that was an enormous turnaround after the state lost one-sixth of its workforce in its “lost decade” before passing Right to Work.

Meanwhile, Wisconsin’s first year as a Right to Work state saw it add nearly 50,000 jobs and perform better than any year in over a decade, with similar results in Kentucky and West Virginia.

Our State Representatives are now faced with an important choice: Side with the vast majority of Granite State voters and pass Right to Work -– or — side with Big Labor and keep workers under union boss lock and key.

It’s time for Granite Staters who oppose forced unionism to stand up and contact their legislators: Tell them it’s time to pass Right to Work.