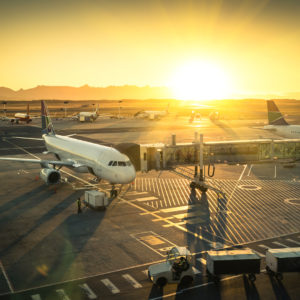 Million Air Back Before Pease Board as Opposition Grows

Million Air, the Texas-based company looking to expand into New Hampshire, is heading back to the Pease Development Authority this month for approval of its proposed new fixed-base operator facility and hangar at the Tradeport.

A public hearing is set before the Pease board’s Technical Review Committee on Jan. 17, even as residents concerned about environmental impacts are galvanizing into opposition.

“Million Air’s dismissive attitude toward these legitimate environmental concerns tells us a lot about their priorities,” said Dania Seiglie, activist and critic of the Million Air proposal.

Meanwhile, Million Air is currently involved in a messy lawsuit with Westchester County, N.Y. where the company said county officials violated the lease agreement at the county airport.

The proposed Million Air facility at the Tradeport includes a new 12,000-square-foot hangar for a total project footprint of 26,000 square feet. Also included is a 90,000-gallon fuel farm that locals say is too close to the region’s drinking water supply.

The Portsmouth region is already dealing with PFAS-contaminated drinking water as a result of the United States Air Force operations at Pease.

Seiglie said the company is not showing it takes the issue seriously. “This is about credibility. When we initially voiced concerns, Million Air’s leadership publicly responded by dismissing us without direct comment and instead claiming the local opposition is about competition. Million Air isn’t listening and judging by the legal fights this company has had in other states around similar projects, they won’t ever listen if it means abandoning their chosen site. That is one of the reasons local opposition is growing. Several hundred area residents have signed a petition opposing the MA plan and that number will likely grow.”

In Westchester County, Million Air’s plans ran afoul of officials who claim the company started moving forward with buildings and a stormwater system never approved by the county. According to Westchester’s counter-complaint, Million Air is trying to build a facility to service private jets after it was initially approved for light general aviation customers.

The company filed the lawsuit when Westchester officials tried to stop their project. Peter Bragdon, the New Hampshire spokesman for Million Air, said the company is simply trying to get the county to honor the original agreement.

“Million Air is trying to force compliance with the lease agreement, which Million Air asserts the County has violated,” Bragdon said.

Seiglie and hundreds of residents have signed a petition asking Million Air to relocate its proposed FBO away from the wetlands, and to another site at Pease. She wants the committee to stop the plan altogether, or at least delay it and allow the FAA to review Million Air’s proposal.

“We believe this proposal before the technical review committee should be rejected based on specific environmental impact concerns, or at least delayed until the FAA has reviewed the proposed project proposal,” Seiglie.

Bragdon said the concerns of the resident are misplaced. Million Air will build a better, cleaner facility than anything at Pease currently, he said.

“Million Air is proposing a state-of-the-art facility that goes above and beyond required containment standards, many of which the two aging fuel farms operated by the existing FBO, Port City Air, do not meet. The new facility will be decades newer and environmentally safer than the aging – and much larger – existing fuel farms,” Bragdon said.

Pease is already home to Port City Air, which has a fuel farm also close to the same wetlands. Bragdon said Million Air’s facility will be safer than Port City’s.

“The proposed Million Air facility has multiple redundancies to protect the environment, including new technologies that would likely have prevented the several documented spills that have occurred as part of Port City Air’s operations,” Bragdon said. “These protections include double-walled storage tanks and piping, retention berms, oil stop valves, oversized containment chambers, and oil-water separators. The system will be backed up with failsafe alarms, control valves, and high-level gauging instrumentation.”

Roger Wiegley, another concerned citizen turned activist, said the Pease bard needs to show leadership and stop Million Air. The project should have been brought to the FAA for review since it would change the layout at the airport, according to Wiegley.

“A revised airport layout plan must be delivered to the FAA and to date, that has not happened. This critical step in the process has been either deliberately avoided or overlooked,” Wiegley said.