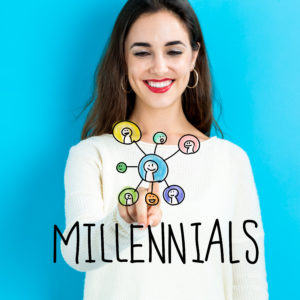 Gov. Chris Sununu is convening a group of 25 Granite State millennials to provide insights and policy recommendations on issues affecting them.

On Sept. 21, Sununu issued an executive order establishing the Governor’s Millennial Advisory Council, which holds monthly meetings to discuss pertinent topics and provide feedback to the governor on how to provide solutions. According to the executive order, millennials are defined as those born between 1980 and 2000.

In the press release accompanying the executive order, Sununu said: “We have to ensure that New Hampshire remains the best place to live, work and raise a family for all Granite Staters, and the Millennial Advisory Council is a big step in the right direction. The Council will offer insights and policy recommendations to attract and retain a millennial workforce and work to address other issues that millennials face all across the Granite State. I look forward to working with the council to develop steps to continue to make sure New Hampshire works for everyone.”

The idea for the council originated from two graduates of the Leadership Mount Washington Valley Community Connections: Austen Brenier, White Mountain community engagement coordinator at the National Forest Foundation, and Jessica Wright, local food systems advocate at Upper Saco Valley Land Trust. Brenier graduated from the program in June while Wright graduated in 2016. Both Brenier and Wright are also associated with an organization called Supporting the Active Young Professionals of the Mount Washington Valley (STAY MWV).

Sununu was the keynote speaker at the graduation in June when Brenier and Wright approached him with a letter proposing the creation of a millennial advisory council. Brenier and Wright said they stayed in peripheral contact with several of Sununu’s staffers as they crafted the council’s composition and how it would operate. This included conversations with the governor’s special assistant, Alexander Fries, who is now chair of the council.

Recommendations for qualified candidates were solicited from local organizations and chambers of commerce before being reviewed by Sununu’s staff. Both Brenier and Wright were appointed to the council by the governor.

In an interview with NH Journal, Brenier said the inspiration for the idea came from a desire to attract young people to work and stay in New Hampshire, as well as making sure the millennial perspective was heard by policymakers.

Brenier said one of his focuses in council discussions will be on addressing barriers to entry for millennials coming to New Hampshire, including concerns about cost of living, affordable housing and student debt. He also said job availability in the state has been a struggle for many people who grew up in New Hampshire and returned from college to find work.

“The problem that I see is not that we need jobs but more of the right jobs,” Brenier said. “We need jobs that are going to pay a livable wage so you can get a place, get a car, and still make student loan payments but not have to work two or three jobs on top of your nine-to-five job.”

Wright said in an interview with NH Journal that while her professional background has her inclined to discuss environmental issues, the council will take a broad approach to ensure every members’ concerns are heard. She also said millennials are an important part of the population to include in policy discussions due to generational divide in life experiences.

“I think every generation brings their own lens to the table, so we look at things in a different way than another generation might because we’ve experienced life in a different way,” Wright said. “I think there’s value in all generations coming together on a problem, not just young people and not just experienced people. It’s all about people coming together and taking real stock in what their passions and opinions are.”

Another member of the council is Kwame Ohene-Adu, chief product development engineer at FreshAir Sensor LLC in Lebanon. In an interview with NH Journal, Ohene-Adu said his focus is on finding ways to ensure those who come to New Hampshire for college stay in the workforce instead of leaving for employment out of state. He said he also plans to discuss his experience moving to the U.S. from Ghana and subsequently working in the Upper Valley as a way to explain his ideas on how to bring young professionals to New Hampshire.

Ohene-Adu said incorporating millennials to parse out issues affecting them is the most effective way to find practical solutions.

“I’ve seen a few times where people are designing things for students or a certain subset of people but aren’t getting enough input from them and then it’s not as effective as they think it is,” Ohene-Adu said. “I think it’s important to have a voice and input into how these things are going to happen and how the state is going to try to draw millennials here.”

The council’s first meeting is on Wednesday at the Executive Council Chambers in Concord at 6 p.m.