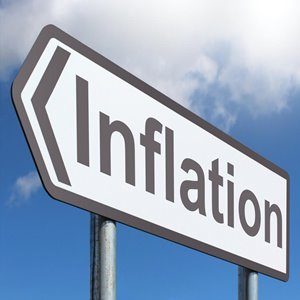 Prices are rising and the Federal Reserve was caught by surprise. Many of the same public officials who have, for years, insisted that inflation should be higher are now scrambling to assure Americans the inflation spike is temporary.

At the same time, multiple Fed officials have expressed the desire to let inflation rise until labor market problems clear up. But unemployment is still hovering at 6 percent, and the number of people employed remains well below pre-pandemic levels.

Nobody should be surprised if most Americans are becoming skeptical of trusting central bankers. That’s certainly not a bad thing, but it is equally important that members of Congress learn the right policy lessons from this episode.

Headline numbers aside, it is abundantly clear the CPI is being pushed up by several spending categories where demand took a dive during the pandemic. Prices for hotel stays, airfares, and restaurant meals, for instance, have accounted for a large portion of the recent CPI increase. And while the core CPI (all items other than food and energy) has also been on the rise, used car and truck prices are responsible for much of that increase.

Moreover, multiple market segments have suffered because of the policy responses to COVID. Businesses have been shut down and forced to deal with activity restrictions and millions of workers have been paid more to stay out of work than they would have earned in their jobs.

These labor market problems – driven largely by government policies – make it more difficult for businesses to deliver the goods to their customers, and they contribute to inflationary pressures.

So, while inflation fears are perfectly understandable, there is still good reason to believe that things will soon get back to normal. One recent survey, for example, suggests more than two million workers currently receiving unemployment insurance benefits expect to be back in the labor market by the end of the year.

And all things considered, it is somewhat unreasonable to expect everything to snap right back to a pre-pandemic economy without some hiccups. Regardless, it would not help current matters for the Fed to start “fighting inflation” by shrinking the money supply (tightening its policy stance).

Think about all those businesses struggling to find workers and the supplies that they need to provide what their customers want. Making it more difficult for them to get funds would make things worse, not better. They would be left struggling to find employees and other resources, while also lacking the means to pay for anything.

That’s a recipe for disaster.

Speaking of fiascos, all of this market turmoil follows massive amounts of federal deficit spending. Prior to President Joe Biden’s recent $1.9 trillion COVID-19 relief package, the federal government had already increased the national debt by $4.5 trillion in 2020.

The $1.9 trillion package even drew a rebuke from former Obama advisor Lawrence Summers, who pointed out that this WWII-size stimulus could have “inflationary pressures of a kind we have not seen in a generation.”

The Biden administration’s answer was, of course, two new spending proposals totaling an additional $4.5 trillion. And now, Congress is flirting with yet another $4 trillion spending plan. Although this newest one is dressed up as “infrastructure spending,” the problem is the same: Too much deficit spending results in too much inflation.

These spending plans provide funds for buying all kinds of things, but they do nothing to address the underlying structural problems that are driving up prices. It is very likely that they will even make those problems worse. People have good reason to worry about inflation from “too many dollars chasing too few goods.”

If Congress and the administration fail to get federal spending under control, three consecutive abnormally high CPI reports will be the least of Americans’ concerns.

Norbert Michel is a research fellow specializing in financial regulations at The Heritage Foundation’s Roe Institute for Economic Policy Studies.