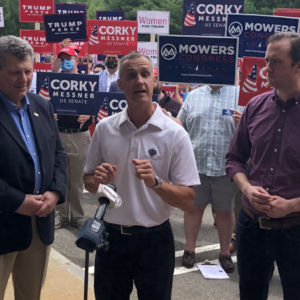 President Trump’s poll numbers may not be great in New Hampshire, but his campaign insists the state is one of its top priorities in November. And, the campaign argues, the president’s decision to endorse in two key primary campaigns is a sign of how serious Team Trump is about playing to win in the Granite State.

That was the message Saturday at the opening of the Trump campaign’s Manchester headquarters, headlined by the two candidates endorsed by Trump: U.S. Senate candidate Corky Messner and NH-01 candidate Matt Mowers.

“Two weeks [ago] I was honored to receive the endorsement of President Donald Trump. He knows we need some people who will turn over some tables and make some changes down in Washington, DC.,” Mowers told the socially distanced crowd inside, with a repeat performance before the overflow gathered outside.

Messner’s message was similar. “I want to thank President Trump for being the great leader for this country, and for endorsing my campaign.”

A sign — literally — of how important the Trump endorsement is to these campaigns was the banner hanging overhead featuring the president’s tweet of his support for the two candidates. 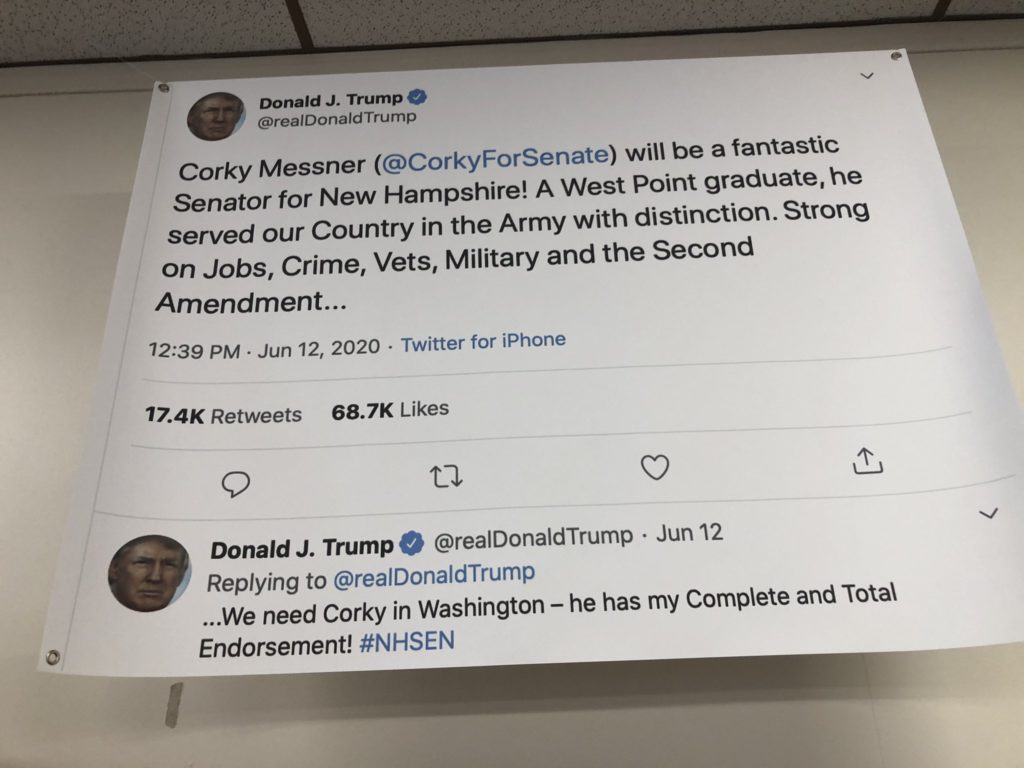 And how important is New Hampshire to Team Trump?

Lewandowski argues that campaigning in New Hampshire is one of the best possible investments for the Trump campaign’s resources.

“Not only can we deliver four Electoral College votes, but we can win a congressional seat and we can win a U.S. Senate seat with Donald Trump carrying this ticket,” Lewandowski said. “Dollar for dollar, New Hampshire is the best investment the campaign can make.”