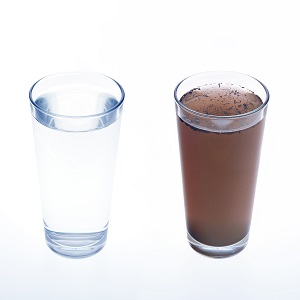 How to Meet Needs of 21st Century Clean Water Challenges

BOSTON, Mass. — One year after nationwide focus on water infrastructure arose due to contamination in Flint, Michigan, industry experts are discussing new approaches to immediate problems and strategies for the future.

A panel convened on Tuesday for a lecture entitled, “Rising to Meet the 21st Century Clean Water Challenge” at the Greenbuild International Conference and Expo 2017 at the Boston Convention and Exhibition Center.

Members emphasized the issues ahead of the U.S. as it works to preserve the most crucial source of life on Earth.

Currently, there are two major pieces of legislation dating back to the early 1970s which set standards to preserve water sources: the Clean Water Act and the Safe Drinking Water Act. Recent natural disasters, including Hurricanes Harvey and Irma, have served as a wake up call to the need for a new clean water infrastructure which can outlast severe storm damage.

Now, there are some important statistics to consider ahead of discussions to update the existing clean water infrastructure system so it operates on a fully functioning basis.

Currently, there are 16,000 wastewater treatment plants and 65,000 drinking water utilities in the U.S. The panelists also agreed that the industry is a job producer: for every $1 million invested in clean water infrastructure there are 28,000 jobs created.

Despite such advantages, the industry has yet to address the issue of how to replace workers who retire. In 2017 alone, the wastewater industry in Albany, New York lost 35 percent of its workforce, which hampers the ability of mid-sized cities to embrace the burgeoning marketplace.

This is important when considering 97 percent of wastewater treatment costs are taken on by municipalities, while the federal government handles the remaining three percent.

Efficiency is another issue facing clean water, as approximately 25 percent of treatment water leaks back into the ground. Additionally, most utility companies do not utilize full cost accounting, which some panelists argued should be a requirement going forward for the industry.

This adjustment would ensure cost reductions while increasing efficiency for companies who primarily exist in rural communities. Eighty percent of water utilities serve less than 10,000 customers.

Adam Krantz, Chief Executive Officer of the National Association of Clean Water Agencies (NACWA), said the key to expanding wastewater as a utility is recognizing its uses beyond its original purposes. Krantz stated the issues regarding water quality and quantity are so widespread across various aspects of the country that it could encourage innovation in the largely static industry.

While the clean water companies devise innovative approaches to provide long lasting solutions, municipal and state governments will be responsible for addressing additional problems. The popularization of digital utility services, such as detection devices in pipes and fail-safe microchip systems, are being used to alert citizens ahead of potential repeat occurrences of what happened in Flint and Toledo.

However, Krantz said it is incumbent upon testers, who can now trace pollutants to parts per trillion, not to cause a public panic. He said low-income populations in rural communities are overwhelmingly reliant on waste water treatment facilities, which increases the importance of their work as well as the call for developing public-private partnerships to meet the growing needs of constituents.

An effort to centralize services and standards through the federal government also remains an option worth pursuing, according to Krantz. He described the private sector’s role as an effort to “make sure everyone rises and works together” on the issues ahead of the industry.

Jim Proctor is Senior Vice President and General Counsel at McWane, Inc., one of the largest manufacturers of infrastructure building blocks. He explained Americans typically regard water infrastructure with an ‘out of sight, out mind’ attitude, but he said it is important to update systems which were first implemented over 150 years ago. Such an investment would lead to more jobs, increasing revenues, and additional resources to approach future challenges.

A plan, crafted through meetings between industry players, is seeking to find ways at removing barriers to investment, while promoting funding and innovation opportunities. According to Proctor, the working group composed of prominent industry members has actively consulted Congress on how to craft an improved clean water infrastructure agenda.

While some companies would be unable to participate due to geographic isolation, Proctor said Congress should reverse the trend of decreasing water infrastructure appropriations.

“Water is, and must be, a non-partisan issue,” Proctor said. “We are all dependent on water for life and together we can meet those challenges.”

In addition to funding, Proctor called for the industry, which he admitted is weary of sudden change due to high expectations, to pursue innovative methods and share best practices in order to spread the most effective approaches nationwide. He said scarcity creates a situation for innovation in how to raise funds for clean water as well as how to develop new technological methods.