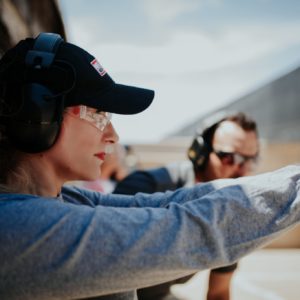 A retired US Marine gunnery sergeant responded to Maura Sullivan’s new pro-gun-control TV ad by calling it  “abhorrent” and mocked the Democrat’s “dainty” handling of the firearm featured in the spot.

“As a Marine watching that ad, I had to cringe,” retired USMC Gunnery Sergeant Jessie Jane Duff said on NRA TV Wednesday. “She might as well have said ‘Oooh, it looks scary!’”

Sullivan, the most well-funded of the eleven Democrats running in the N.H. First Congressional District primary, has made her service as a U.S. Marine a central part of her campaign. She has also touted her pro-gun-control credentials, including receiving the Moms Demand Action for Gun Sense candidate distinction award.

“She’s an embarrassment,” Duff said of the former Obama administration official, “and I can say that because I am a Marine. When you stand on TV holding a weapon so daintily…ugh!”

Duff was on NRA TV to discuss Sullivan’s pro-gun-control TV ad and the issue of gun rights in Democratic primaries across the U.S. In the ad, Sullivan announces her support for “a ban on assault rifles and high-capacity magazines.”

‘What I see [in the ad] is a person who only supports the Constitution when she’s in uniform, but when it comes off, all that goes away,’ Duff said.  “To me that’s the most dishonest argument any veteran can make. To say what she said, in my opinion, is completely abhorrent.”

“I would go toe-to-toe against her any day.”

Interestingly, by stating her pro-gun-ban position so clearly, Sullivan is acting against advice Mom’s Demand Action has given other Democratic candidates. In an upstate New York congressional race, a representative of the organization reportedly told candidate Tedra Cobb: “Do not say that you want an assault rifle ban because you will not win.”