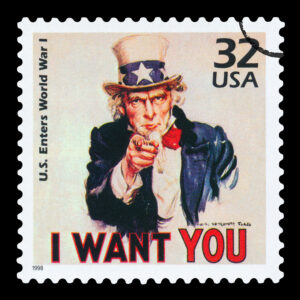 It’s that time of year again for America’s mail carriers. With two months to spare before 2023, the Postal Service has unveiled a colorful array of new postage stamps for the coming year. Consumers can look forward to novel designs featuring the Great Smoky Mountains, floral geometry, red foxes and winter woodland animals.

Unfortunately, consumers will have to pay a pretty penny for these nifty new stamps. First-class Forever stamps are slated to rise 5 percent, from 60 cents to 63 cents. This comes after a 2-cent increase (from 58 cents) in July. The American people deserve to know why they’re being asked to pay more for sending letters when their mail service is actively being slowed down by postal leadership. Fun stamp designs cannot make up for the fiscal folly of failed postal policies.

Stamps are one of many products to see repeated price hikes over the past year. Consumers have had to cope with $4 per gallon gasoline, 13 percent Halloween candy inflation, and … soon, more costly Christmas gifts. At least for these products, consumers know what they’re getting once they cough up extra cash.

Postal Service deliveries aren’t what they used to be. Delivery wait times have gotten progressively longer as part of a plan by postal leadership to cut long-term costs. In October 2021, new service standards went into effect tacking one to two days onto 30 percent to 40 percent of first-class mail. The Postal Service estimated cost savings per year from this initiative amount to less than $200 million, a fraction of a percent of operating costs ($80 billion) in any given year.  The truth is that price hikes and service cutbacks will only erode the service’s brand without making a dent in the agency’s $100 billion cumulative net losses.

There are plenty of alternatives that postal leadership could pursue without cutting into consumer expectations. According to the Taxpayers Protection Alliance’s report on postal reform, the agency could save more than $1 billion per year through more consistent auditing and scheduling of employees more efficiently. Additionally, the struggling agency has far more processing equipment and collection boxes than it needs. This excess network capacity diverts critical manpower from core delivery priorities and needlessly prolongs routes. Even before Postmaster General Louis DeJoy’s term, the agency removed more than 2,000 collection boxes a year to allocate labor more efficiently. But these efforts didn’t go far enough.

The inspector general noted in 2016 that “removing unnecessary collection boxes throughout the Eastern Area would eliminate 73,043 work hours over the next 5 years,” saving millions of dollars. DeJoy ramped up removals of unneeded equipment, but an outcry fueled by postal misinformation forced him to halt these needed changes. Ramping up removals could go a long way toward creating a lean, consolidated postal network.

In addition, the agency should consider shuttering/selling post offices that are losing money and are close to other operational post offices. A 2021 report by the agency inspector general notes that “among nearly 13,000 underwater post offices, one-quarter are within three miles of another post office and more than half are within five miles.” Closing these offices would be a welcome departure from the current approach of crude closures that leave consumers without any remaining offices nearby.

With a balanced cost-cutting approach, postal leadership can get the agency back into the black without sacrificing affordability. Consumers needn’t break the bank to get ahold of creative stamps.

Ross Marchand is a senior fellow at the Taxpayers Protection Alliance. He wrote this for InsideSources.com.