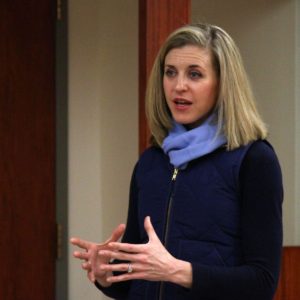 Axios.com has done an in-depth analysis of congressional donations across the U.S., reporting that as our politics have become more nationalized, our campaign contributions have, too. According to their report:

So even in an era when Trump-inspired politics has people donating to races far and wide, most contributions still come from in-state.  Unless you’re NH-01 Democratic candidate Maura Sullivan, who’s received a higher percentage of out-of-state money than any other major candidate thus far this cycle.

Here’s the Axios.com map of the donations to the NH-01 front-runner, NH Executive Councilor Chris Pappas: 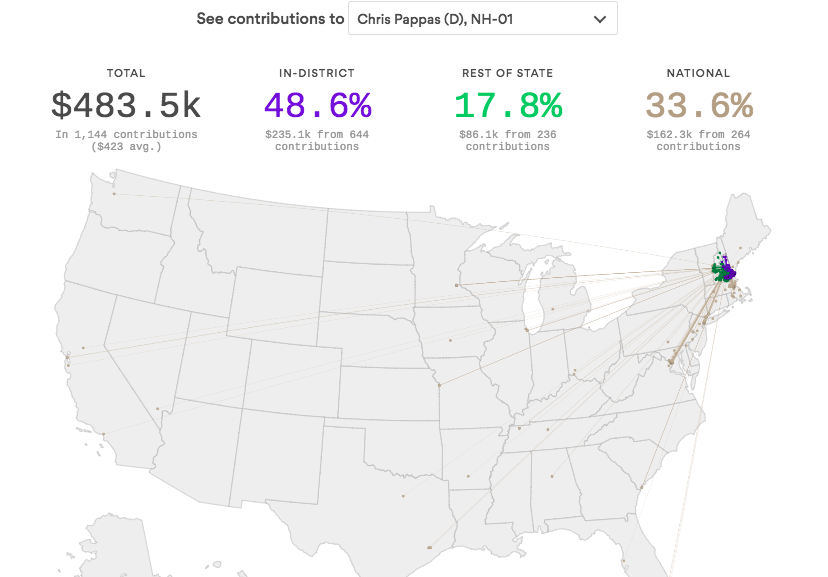 Now compare that to the Axios.com map of newly-minted Granite Stater Maura Sullivan: 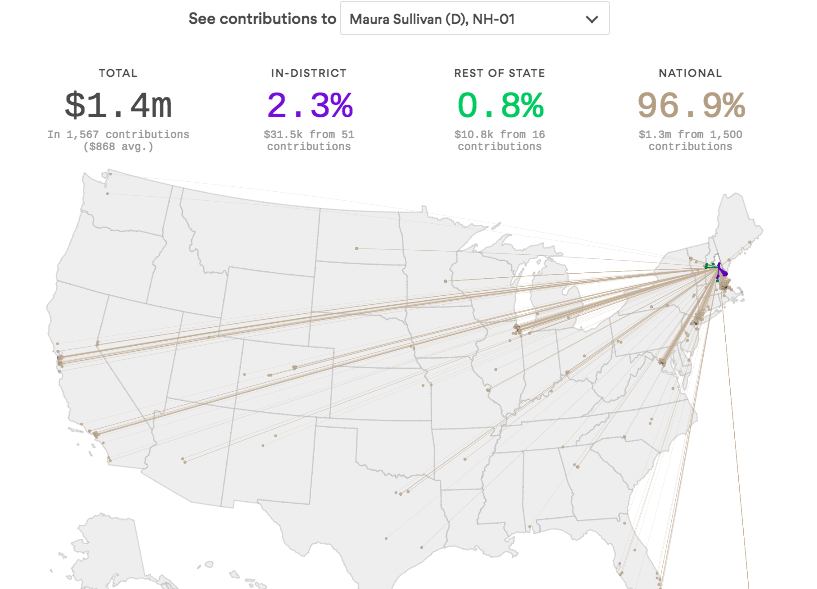 Is New Hampshire ready to elect a member of Congress who’s lived in the state less than two years and who gets only a handful of her campaign donations from within the Granite State?