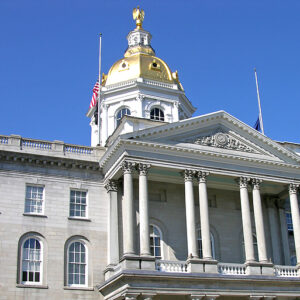 Posted to Politics April 13, 2021 by NHJOpinion

Last week, the New Hampshire House showed it understands the gravity of our time, advancing reforms within its budget to end the current State of Emergency and restore a balance of powers in our state. We owe these men and women a debt of gratitude.

The recently-passed House budget incorporates fiscal responsibility, tax cuts, elimination of unfilled positions, and, yes, even State of Emergency reforms that are more than appropriate—they are essential. The people don’t just need relief, they need an immediate course correction to restore our republican form of government and protection of our natural rights over our own lives, families, and businesses that once made us the envy of the nation.

With the help of a complicit media and a cadre of “experts” who “earn” their designations by repeating consensus doctrine rather than investigating the truth, the governor has slowly ramped up his stranglehold on society—in essence, “boiling the frog”—, which has enabled him to go from “two weeks to flatten the curve” to more than a full year of one-man rule with little resistance.

Over the past 13 months, the ruling chief executive has overlooked the real harms he has visited upon the citizens of New Hampshire: Many school-aged children have lost an entire year of educational attainment and social and psychological development. Granite Staters have suffered from damaged relationships and broken families due to their disrupted lives, forced isolation, and a torn social fabric. Moreover, acute mental health issues have skyrocketed, with psychological and emotional stress leading to an uptick in suicides among adults and children as we have never seen before. Finally, despite the mantra that his actions are for public health, the data support diminished physical health among most of the population.

Beyond these immense personal costs, the governor’s actions have been equally devastating to businesses. Anyone licensed by the state who has tried to stand up for their own liberty has been shamed, fined, or harassed into compliance by the propaganda police—an army of lemmings brainwashed by the constant drumbeat of propaganda or employed by it. Several businesses have closed their doors rather than comply with livelihood-crushing top-down edicts. Others have lost business from customers who simply refuse to expose themselves or their families to rules that defy reason.

How many people ultimately end up mentally or physically harmed from this governor’s actions is, unfortunately, a statistic to be studied later—I am confident that time will show that Gov. Chris Sununu and his Department of Health and Human Services were on the wrong side of history. But right now, the Senate, following the lead of the House, has the power to stop further damage, and the people urgently need their senators to act with the same courage and conviction to restore our republic.

At this point, it is not empty rhetoric to state emphatically that we are in a constitutional crisis. We have for over a year labored under one-man rule. The powers of the governor, as upheld so far by the Superior Court, are unlimited. This governor has successfully argued he can suspend the Constitution and pass “emergency orders” that have the force and effect of law. He’s created a parallel “justice” system without due process.

For example, under the law, violating lawful emergency orders is a misdemeanor, which means the accused would be able to face their accuser in a court of law and the accuser would have to present real evidence to prove a violation. The accused could request a jury trial. Under the governor’s emergency orders, health officials can use hearsay evidence from busybodies who don’t even have to show up at an executive department hearing and could just as well make something up. Violators face fines under Sununu in excess of those allowed by law and they defend themselves before the bureaucracy seeking to profit off of their fine.

Unfortunately, under these circumstances, the legislature and the courts have become irrelevant. The essential bodies to a functioning republic–those elected to represent the people and those appointed in their wisdom to ensure the law is applied according to the people’s rights–have nothing but a ceremonial role when they can be overridden on a whim by a tyrant in the corner office.

What’s more than that, we have a short window of time to stop this one-man government from continuing in his asserted position of absolute power. He has, ironically, ridiculed the people’s legislature as a “bureaucracy,” when the word is properly applied to his unelected executive department officials who flex their power muscles and play fast and loose with the law. He has mocked the House and its budget, calling leaders in his own party “irresponsible” for insisting they exercise their own constitutional powers. He had the audacity to call House members “lawless” for daring to suggest the governor’s power grabs should be undone. Now he brazenly jests on social media that he’s “hesitant to give the legislature control of emergency orders during a crisis.” Did we miss the part in the Constitution where the governor has the authority to give power to the legislature?

But no government with one man making the law, enforcing the law, and adjudicating the law survives long without devolving into absolute totalitarianism. History has shown us far too many republics with executives that move from co-equal, controlled leaders under the law to masters making law over an advisory legislature, to all-out dictators who disband the legislature or render it powerless. Again I say, now is the time to stop this common, historical process. There may not be another chance for our republic.

The N.H. Senate is historically known to be more willing to compromise with the governor on crafting the final budget, but in unprecedented times, this Senate ought to be more cognizant of the bigger picture. We’re in an unprecedented crisis that the legislature can correct if it stands together. If they don’t, we hope the House will hold its position and resort to even more drastic measures to restore the needed balance.