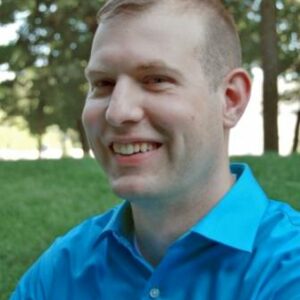 Now, Democrats are stuck with a candidate on the ballot who may or may not intend to serve should he win re-election and could eventually trigger a special election to fill the vacancy.

Bouldin was first elected in 2018 along with his then-incumbent wife, Rep. Amanda Bouldin, D-Manchester, in a district that leans Democrat representing Manchester’s Ward 5. Andrew Bouldin was set to run for a third term in the fall, signing up for the election this summer. His name is printed on the September primary ballots, and can not be removed according to Anna Fay, spokesperson for the N.H. Secretary of State’s office.

With no contest in the primary, both Bouldins are likely to move forward to the November general election, save for a last-minute Democrat write-in campaign to try to best Andrew next Tuesday.

“The candidate’s name would remain on the ballot unless they are disqualified (which would happen if they move to another district, for example). If the candidate is disqualified, the candidate’s party is given the opportunity to fill the vacancy,” Fay said. The Secretary of State’s office notes they have not been informed of any disqualifying factors in this instance, and therefore can not declare a candidate vacancy.

Paul Smith, the clerk for the House of Representatives, confirmed Andrew Bouldin’s resignation. The matter has yet to be formally announced to the House, but Smith said it will be part of the next session. Bouldin is the 16th resignation of the session and the 23rd overall vacancy created. Five seats were filled by special elections, three went to Democrats (one pickup, Catherine Rombeau of Bedford) and two were held by Republicans.

In a year Republicans are expected to outperform their averages, the point may be moot. Republican Lisa Freeman won a seat in Manchester’s ward 5 in 2016, edging out Andrew Bouldin by six votes. This year, Scott Mattiello is the lone Republican running in the district so far, but Republicans could nominate a second candidate with 35 write-in votes, or the N.H. Republican Party could appoint a nominee in the days following the primary.

Andrew Bouldin did not respond to a request for comment on his resignation. He was elected in 2018 promising to use his time in the State House to address the opioid epidemic, to reform Valley Street Jail, and to support other progressive causes.

“As your Representative in Concord, I will support expanded access to healthcare including reproductive care and addiction treatment, a minimum wage increase, workers’ rights, clean and efficient energy, access to quality public education for all students, and the right of every eligible voter to vote,” he told Manchester InkLink in his 2018 candidacy announcement.

House Minority Leader Rep. David Cote, D-Nashua, did not respond to a request for comment. Nor did Manchester Democratic Committee chair Alan Raff.

That progressive voice will go missing even if Andrew Bouldin wins in November. If Andrew Bouldin wins, and declines to be sworn in, the seat will remain open until a vacancy is declared by the House, which could trigger a special election, according to the New Hampshire Secretary of State’s Office. There’s little Democrats can do unless they find a last-minute write-in candidate that can exceed Bouldin’s vote total on Tuesday.

Amanda Bouldin, Andrew Bouldin’s wife and fellow representative of the district has not resigned her seat and is running for re-relection. Amanda Bouldin also did not respond to a request for comment.

Amanda Bouldin moved to New Hampshire in 2008 as part of the libertarian Free State Project, though she’s since moved to the left. Amanda Bouldin’s voting record is largely similar to her husband’s, and she cosponsored a bill to repeal the state’s 24-week abortion ban.

The Bouldins will have one Republican challenger on the ballot in Scott Mattiello. He could not be reached for comment.