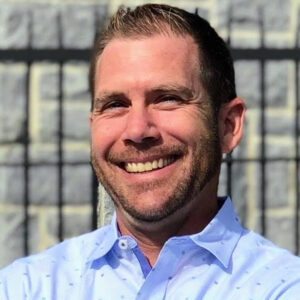 Despite going public to defend the Manchester School District over allegations of “anti-White” staff training, school board members Jeremy Dobson and Jim O’Connell have yet to see any training materials used by the district.

“My comment wasn’t necessarily about the training per se,” Dobson said when contacted Wednesday.

Dobson and O’Connell were reacting Monday night to the firestorm started by part-time after-school employee, Daniel Concannon, sent an obscenity-laced letter to the school board announcing his resignation over the mandatory racial sensitivity training.

NHJournal has previously reported on the training Concannon referenced, and the school district changed it from mandatory to voluntary after receiving inquiries about the materials.

“The complaint derived from a training session for staff designed to foster critical thinking about race,” said Goldhardt. “As we see debates on these issues on the state, local and national stages, I want to reiterate the values of our district, and emphasize that the words and actions of this former staff member are not reflective of the district as a whole.”

Manchester School District spokesperson Andrew Toland did not respond when contacted Wednesday with an interview request for Superintendent John Goldhardt.

On Monday night, Dobson defended Critical Race Theory (CRT) from criticism that he said was politically motivated. “Critical Race Theory, for those of you who only watch the headlines, has nothing to do with whether or not you’re racist, nothing to do with any particular person,” Dobson said according to reporting by the New Hampshire Union-Leader. “It is a framework. Don’t buy into the hype, please. It means absolutely nothing that it’s being construed as, and it’s not being used incorrectly.”

But on Wednesday, Dobson was emphatic that the Manchester School District does not teach CRT in the classroom at any school and said there is no training for staff that can be considered Critical Race Theory.

“I have been told there is no critical race curriculum being taught,” Dobson said, though he concedes he hasn’t viewed the webinar or read the materials in question.

O’Connell spoke out as well Monday night in defense of the district, but he also acknowledged Wednesday he hasn’t seen the materials that Concannon objects to. O’Connell said he was open to hearing genuine concerns if Concannon wants to present them in a rational manner.

“I found (his letter) a diatribe. If he had a point to make, it was lost in the way he went about making it,” O’Connell said.

O’Connell was additionally concerned that Concanon, who was being paid as an after-school educator at Northwest Elementary School, would submit such a poorly-written letter of resignation. Concannon was paid close to $30,000 a year for the part-time position.

Concannon’s language both in his resignation letter and on social media has prompted his critics to accuse him of racism and trafficking in white-supremacist memes.

Concannon’s letter aside, the district did mandate that all staffers had to take “white privilege” training — including curriculum declaring “whiteness a pillar of white supremacy” —  as part of the district’s “Diversity, Equity and Inclusion” efforts.

“We have also put together a list of training for you to utilize to get a better understanding of how we can provide Diversity, Equity and Inclusion (DEI) to our students,” reads the March 1 email from Program Coordinator Liz Penn. “Each training has a deadline [emphasis added]. We (DEI committee) will also be doing small group check ins… Each school has their own tab to keep track of what needs to be completed.”

On March 15, after employees began raising questions about the mandatory training, Program Director Tom McGee sent an email reversing course: “I would like to ensure that you all are aware that the DEI training that has been shared out earlier this month is not mandatory. We are looking for ways to educate on equity, and we look forward to partnering with the chief equity officer when they join the MANSD team.”

Part of the training includes a webinar entitled “What Is White Privilege, Really?” in which the instructor tells participants the goal of the training is to “expand our definition of white privilege as both personal and systemic, and to understand the function of whiteness as a pillar of white supremacy and power.”

Declaring all White employees “personally privileged” — even those who came from poverty or disadvantaged situations — is likely to be viewed as problematic, as is linking every person’s “whiteness” to “white supremacy.” But it is part of the “anti-racism” ideology the webinar instructors say they are promoting, an ideology popularized by the author Ibram X. Kendi and based on the premise that all White people are racists.

Additional MSD training materials include a paper from a Wellesley professor who declares that all men and all White women are “oppressors” and that meritocracy — the idea that you have a job or accomplishments you’ve earned through work or talent — is a “myth.”