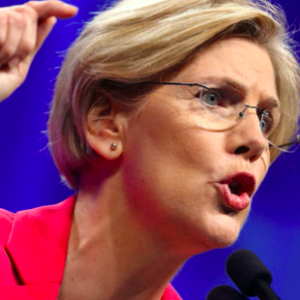 CNN has her at the top of their Power Rankings for the Democrats in 2020. She gets more media attention than any of the other likely candidates — with the possible exception of Stormy Daniels’ attorney Michael Avenatti (though he’s getting the sort of coverage most candidates would rather avoid.)

But in her home state of Massachusetts, there’s a quiet conversation among Democrats: Is Sen. Elizabeth Warren ready for POTUS prime time?

“I love Liz Warren, love her to pieces—but I really hope she doesn’t run,” a Bay State Democratic consultant told InsideSources. Like nearly every Democrat we spoke to, this consultant was adamant about not going on the record.  And they all had a similar story to tell: Massachusetts Democrats are dubious about Liz Warren as a 2020 presidential campaign, and her performance the the past few weeks have only increased those doubts.

“A number of Democrats have told me they hope that she’s not running for president, just making some noise to distract Trump,” a longtime Massachusetts progressive activist tells InsideSources.

“What is Liz Warren talking about?”

That was the reaction among TV viewers when, during her first debate with her GOP opponent, Warren accused state senator Geoff Diehl of attending “a rally organized by the largest anti-Muslim hate group in America.”

Sen. Diehl, clearly confused, asked Warren to explain what she talking about. And that’s when it got interesting:

“It was a rally in Bern, orga-ed, uh, uh, uh, by, uh, Act for America, a group that the Southern Poverty Law Center designated as a hate group, and described as the largest anti-Muslim group in America. It was on April 22nd of this year. You were there.”

When the debate ended, nobody knew what rally Sen. Warren was talking about. Rather than answer questions afterwards, Sen. Warren skipped the post-debate presser entirely.  So what was this “rally?”  Here’s a photo: 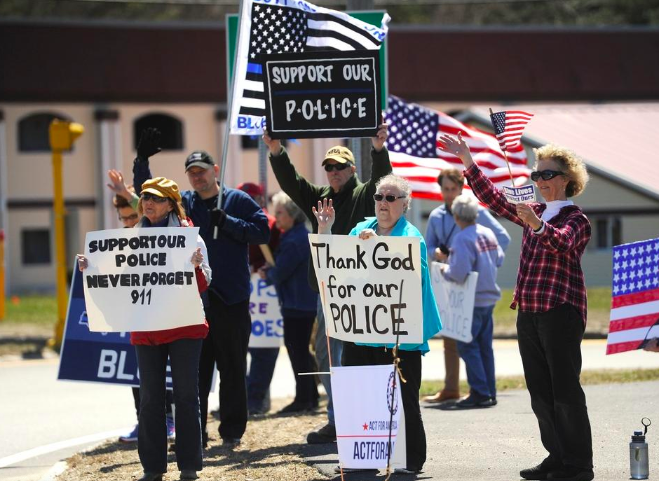 If that looks a lot more like a pro-cop gathering than an anti-Muslim one, you’re right.  Sen. Liz Warren was attacking her GOP opponent for attending a “Back the Blue” event supporting a local police officer killed in the line of duty.  “Support Our Police,” one sign read. “Blue Lives Matter,” said another, according to reporting by the Cape Cod Times.  “My sign says, ‘cops are heroes,’ and I truly believe that,” said local resident Marian de la Cour.

It literally had nothing to do with Muslims or Islam. Or “Bern.”

The rally was held in Bourne, Massachusetts, as in “Jason.” It’s the home of the “Bourne Bridge” and “Bourne Rotary” (both key features in Cape Cod holiday traffic) and one of the most well-known communities in the state. And nobody calls it “Bern.”

Except, apparently, to Sen. Liz Warren.

It was a small gaffe, but coming on the heels of the DNA fiasco, it was a telling one.  What’s most disconcerting for Democratic operatives watching Warren is that she appears to believe that her release of her DNA data regarding her alleged Native American heritage was a win.

“She should have known she can’t beat Trump on that issue. He’s going to go after her no matter what,” a Massachusetts Democratic strategist told NHJournal. “All she did with the DNA test was raise questions, not answer them.”

Caitlin Flanagan, a feminist author at the Atlantic, shared a similar sentiment in an article entitled “Elizabeth Warren Has Lost Her Way.”

“Putting one’s genetic information into the public conversation about one’s fitness for office is a bizarre idea. Moreover, her insistence that it would offer definitive proof of something her supporters believe in was tone-deaf,” Flanagan wrote.

And, once again, the only person who doesn’t appear to grasp that fact is Liz Warren, who is still trumpeting her 0.09 Native American gene match as a political victory.  By doing so, she’s feeding fears that she’s not ready for POTUS prime time that previously existed.

In September Suffolk University released a Massachusetts poll that found (unsurprisingly) that Sen. Elizabeth Warren had a huge 30-point lead over her Republican opponent and an approval rating of 57 percent. But 58 percent of those same voters also said that they didn’t want Warren to run for president.  Only 32 percent want her in the race.

“These are people who like her, who will vote for her, and they’re split on whether they want her to run for the White House,” Suffolk University Director of Polling David Paleologos told InsideSources.  “It’s not that they didn’t like her, they just don’t want her to run.”

Paleologos believes that Sen. Warren is actually performing well in her debates, though he agrees that the Native American issue continues to hurt her. But he says a bigger challenge for her White House ambitions may be fellow Massachusetts pol, former governor Deval Patrick. “They both have the same audiences in the early states—except South Carolina. Warren is unlikely to play well there, while the large African-American vote would benefit Patrick.”  South Carolina Democratic strategist Dick Harpootlian agrees, telling CNN Warren “will likely not sell well” down South.

On paper, Warren remains formidable. She has a huge war chest, with $15 million cash on hand, more money than the Senate’s top Democrat, Chuck Schumer of New York. She’s placed operatives on the ground in key early states like Iowa and New Hampshire, and claims to have helped candidates in 150 races covering all 50 states.  And she’s got a clear brand as an economic populist ready to declare war on the “millionaires and billionaires” of America.  And it certainly doesn’t hurt her popularity in Democratic circles that she’s Donald Trump’s favorite Democratic foil.

The question is whether she’s prepared to handle those attacks? Is she up for the tough job of running for president against a candidate like Donald Trump?  Liz Warren certainly thinks she is.  Democrats, on the other hand, still have their doubts.