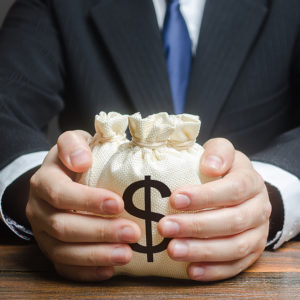 Posted to Politics March 10, 2021 by NHJOpinion

Millions of parents around the country are struggling to care for school-age children who aren’t yet allowed back into their public classrooms. But some are struggling less than others.

Just like with other aspects of the pandemic, it’s inevitable that the pain of school closures wouldn’t be felt equally. Families with a parent already at home are better able to manage the forced transition to online-only schooling. Parents with jobs that can be done from home must juggle helping kids log in to computers and keep up with classwork with fulfilling their job duties. But the worst suffering has hit those parents who have jobs that require them to actually show up in a different location. Some have had to step back or quit their jobs entirely because they simply cannot leave their school-age kids home alone and unsupervised. Not surprisingly, working moms have disproportionately been hit with this and had to drop out of the workforce because of school closures.

But under the latest COVID-relief bill–the American Rescue Plan Act of 2021–the inequities are about to get worse. In fact, some workers will find themselves big winners from the ongoing school closure. Can you guess who those lucky winners are?

Federal bureaucrats–who even before COVID-19 were more highly compensated and enjoyed more lavish benefits than their private-sector peers–are singled out for a massive expansion of paid leave benefits to spare parents facing school closures with the stress of having to work and care for their kids. As detailed in Forbes, the $1.9 trillion emergency package includes “an extra perk for federal workers: Enhanced paid time off if your child is enrolled in a school that isn’t back to full-time, in-classroom instruction…time federal employees can take up to 600 hours in paid leave until September 30, up to $35 an hour and $1,400 a week.”

American workers–who are paying taxes to support our federal workforce and are struggling to earn a living in spite of the government-imposed closures and while being denied services like in-person education from the public schools–shouldn’t be jealous of pampered so-called “public servants.” They should be outraged.

The American people should remind Congress that there is a far easier, fairer, and less expensive way to address the crisis and help working parents, those who work for the federal government, and all of the rest of us schlubs in the private sector: Open the public schools fully for in-person education.

Teachers unions have shown their cards: they simply have no interest in the science that confirms that schools are not vectors of COVID-19 infections. They ignore that, around the country, private schools have fought to stay open and succeeded in offering in-person education without fueling outbreaks, for less money per pupil than public schools, on average.

Congress has tools at its disposal to challenge the teachers unions, which dominate so many state and local governments. Congress could withhold all federal funds to public school systems that refuse to provide in-person service to students. Better yet, require that all education funding is returned to parents so that parents can contract with education providers that are committed to serving students.

In fact, states and localities should embrace this mentality regardless of whether public schools and teachers reluctantly agree to hold their noses and resume in-person schooling. The way schools have stayed shut against scientific recommendation has shown why parents need leverage. Parents who pay for private schools have leverage: if they are unhappy with the service provided by private schools can take their kids (and their money) elsewhere. Parents in public schools have no such threat.

The lack of leverage and lack of school choice has devastating consequences, particularly for parents and kids with low incomes. They are the ones–not well-compensated federal government workers–who need support.

Unfortunately, Congressional leaders clearly see this COVID-19 relief package as a vehicle to shower money on favored political interests, from federal workers to wasteful state governments to public television and other unnecessary, political-correct boondoggles. It’s time for taxpayers to rebel and reject this mentality. They’ve had to shoulder all the costs of policies imposed by governments at all levels, while policymakers and government workers play by another set of rules.

Congress shouldn’t shield one pampered sector of the workforce from the consequences of school closures. They should follow the science and open up society, starting with the public schools. 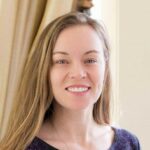 Carrie Lukas is the managing director of the Independent Women’s Forum.