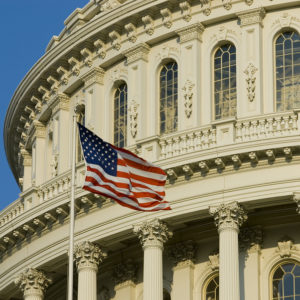 Posted to Politics December 23, 2020 by NHJOpinion

D.C. politicians have let us down again.  This time failing to deliver meaningful assistance to the people who need it most – small business and individuals devastated by the effects of the pandemic and related shutdowns.   After pausing briefly over the weekend to ‘cut the line’ and pose for photo ops while receiving the vaccine, Congress had just passed a $900 million ‘relief’ measure that is too little, too late, and riddled with misguided priorities.

The average American will receive a one-time payment of $600, plus an additional $600 per child.  That’s it?  These payments amount to a ‘band-aid’ at best. Moreover, there is no attempt to differentiate between families who have borne the brunt of the pandemic and others who have been less affected. For instance, why should federal employees, who have seen no disruption in income and in fact, many have received raises, receive the same check as the out of work waitress or the barber whose shop has been closed for months on end?

And to make matters worse, this is all happening way too late.  This same meager deal could have – and should have been agreed months ago.  However, D.C. politics – in this case, thanks primarily to Speaker Nancy Pelosi – prevented action, resulting in immeasurable harm to small businesses and families all across America.

In particular, the restaurant industry had already been dealt a body blow by the D.C. delay – with 110,000 restaurants going out of business due to the pandemic.  Shockingly, the relief package falls far short of being a friend to hard-working Americans in the restaurant business, providing only limited payroll expense funding, while being of no help at all with rent, food supply, or support for other operating expenses.  Truly too little, too late – resulting in so many more family businesses being forced to close their doors forever.

But, here’s the ‘worst part of all,’ where D.C. politicians showed their true colors and diverted scarce resources away from those most in need.   If the point of Covid Relief legislation is to stimulate our economy and help average Americans survive through the pandemic, then how do these expenditures make any sense at all?  The package contains an entire section for the opening of two new Smithsonian Institution Museums, over $1.5 billion for foreign aid (how many out of work Americans could that help?), and $222 million for Congressional salaries. Not to mention, $75 million each for the National Endowment for the Humanities and the National Endowment for the Arts, including the Corporation for Public Broadcasting, which supports public radio stations as well as NPR.

Is this truly the best we can do?  As we move into 2021, let’s recognize that the pandemic has impacted Americans unequally, creating a massive redistribution of wealth.  Big business has done just fine – with 45 of the 50 our largest corporations, companies like Google, Amazon, and Walmart achieving profits this past year, while small business – the lifeblood of America – has been ravaged – causing economic hardship and struggle for working families.  Moreover, during the past nine months, 8 million Americans have been forced into poverty.

Washington needs a ‘wake-up call.’  It’s time to shift the focus away from political games and favors and direct our resources to directly help those who are most in need – to support working families, get folks up on their feet and back to work. And in so doing, with the confidence that if we invest our resources in hard working Americans, we will emerge from this pandemic with strength, optimism, and with no limit to what can be achieved.

Jay Lucas is an entrepreneur and lives in Portsmouth, New Hampshire.