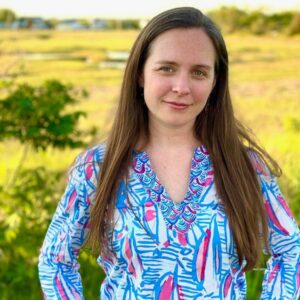 Lindsay Smith hopes to one day be a voice for gun safety and women, but right now she is relearning how to walk after a gunshot put her in a coma.

“If that judge would have awarded a restraining order, (Lorman) wouldn’t have been able to buy a gun, which he did days before the shooting,” Cindy Smith said.

Lindsay Smith had been recovering slowly from her head wound but took a turn for the worse this fall. She ended up back in the hospital and suffered a stroke from blood loss.

“She’d had a setback. She’s had infection after infestation and she has to relearn how to walk,” Cindy Smith said. “We’re blessed that intellectually she has decent capabilities.”

In August, 2021, Lindsay Smith had sought a protective order in August in the 10th Circuit Court – Hampton Family Division, and obtained a temporary one in September, according to the New Hampshire Judiciary Internal Review Committee’s initial report. However, Hall denied the permanent order Smith sought on Oct. 20 for lack of a “credible, present threat.”

Lindsay Smith told Hall about months of threats from Lorman, while he stalked and harassed her. He also harassed her family members and her coworkers.

“Everything you hold dear, I will f–k it up. You can’t trust anything to be okay anymore. I am going to turn your world upside down. You’ll see. You’ll pay. You chose this,” Lorman said, according to the committee report.

After the restraining order was denied, Lorman, bought a gun and on Nov. 15, 2021, went to Lindsay Smith’s place of employment in Massachusetts. He waited for her to leave the building and shot her in the head.

The Internal Review Committee ultimately cleared Hall of failing Lindsay Smith, finding that Hall was limited in what she could do for Lindsay Smith, in part, based on New Hampshire law and its outdated definitions of abuse.

Cindy Smith feels the committee report was a coverup to continue protecting judges from consequences.

“I wasn’t surprised. It’s unfathomable to me that judges don’t ever have to be held accountable,” Lindsay Smith said.

The review was led by Circuit Court Judge Susan Carbon, former director of the Office on Violence Against Women at the U.S. Department of Justice. Hall told the committee she declined to issue the restraining order because of the absence of any act of physical violence by the defendant since 2016, her understanding that Lorman’s threats were mainly related to “blackmail” and reputational or emotional harm, and because Smith didn’t express fear of a specific physical threat.

“In the absence of a recent act of violence or what she understood as an explicit threat of violence, she felt constrained by case law to find as she did,” according to the committee’s report.

Destinie Berard has been dealing with Hall for years in her own domestic violence case. She said Hall’s orders never protect victims, and New Hampshire never holds judges accountable.

“What the judge did is completely out of control,” Berard said. “When a judge does something, they almost always point you in circles.

New Hampshire judges are subject to a performance review once every three years by the Judicial Conduct Committee, whose 11 members are appointed by the New Hampshire Supreme Court, the Governor, the Speaker of the House, the Senate President, and the New Hampshire Bar Association.

Judges typically have advance notice of an upcoming review. Absent a sustained criminal charge, the results of an individual judge’s review are typically not made public.

The committee’s annual report for 2021, the most recent available, states 72 new complaints filed against judges in 2021, the vast majority of which were investigated and dismissed by the committee.

“I would like Judge Polly Hall to be held accountable for negligence,” Cindy Smith said.

Now, Lindsay Smith is home again from the hospital and recovering. Berard started a Go Fund Me campaign to help the Smith family with her medical expenses. Berard hopes Lindsay Smith recovers, and that judges can no longer hide behind immunity when they make near-fatal errors.

“Somebody needs to be held accountable,” Berard said. “Lindsay’s life is completely shattered.”