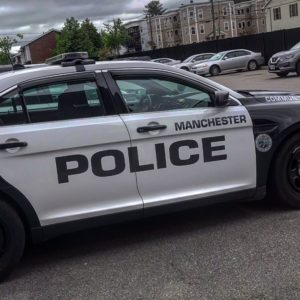 When news broke that Elizabeth Warren’s Manchester, N.H. office had been the victim of a burglary, some out-of-state politicos wondered if campaign shenanigans were afoot. Was this another Watergate? Is Corey Lewandowski playing G. Gordon Liddy?

No, no, came the answer from New Hampshire Democrats—it’s not politics. It’s just Manchester.

“We have no reason to believe this was targeted to the campaign or is anything further than a regular break-in,” Andrew Taverrite, Warren’s New Hampshire communications director, said in a statement. Her office was just one of several on Chestnut Street to get hit that night, and police are investigating it as a typical crime in the city.

The fact that the campaign and police both immediately declared the crime just a “regular” event says a great deal about life in Manchester.

By national standards, Manchester is just a bit above average in the FBI’s crime statistics. In higher crime states like Illinois or Mississippi, the Queen City would be about average.

But in a state like New Hampshire, with the third-lowest violent crime rate—and the lowest property crime rate— in the country, Manchester’s crime, homelessness and troubled downtown streets stick out like a broken window in a well-kept suburb.

Consider this: In low-crime New England, surrounded by some of the safest cities in America, a recent ranking by the data analysts at Wallethub puts Manchester all the way down at number 90 on the “safest city” list, far below nearby communities like Nashua (23), Worcester, Mass. (31) and Burlington, Vt. (43).

When it comes to crime rates, Manchester is closer to Miami, Fla. and Montgomery, Ala. than it is to its New England neighbors. Not surprisingly, multiple sources using FBI and other public data have declared Manchester the most dangerous city in the state. It’s a conclusion few Manchester residents will dispute.

Tim Baines of the downtown restaurant Mint Bistro told New Hampshire Public Radio, “More days than not you might witness an overdose when you’re dining outside.”

The issues of crime and homelessness have become the central theme in the race for mayor, where incumbent Democrat Joyce Craig faces former state legislator Victoria Sullivan. The challenger says the mayor’s policies have exacerbated crime rates and the number of homeless roaming downtown streets.

Mayor Craig turns the blame on the state, in particular GOP Gov. Chris Sununu’s new Doorway program, a hub-and-spoke system to deal with the state’s opioid crisis. Craig claims it’s drawing people with addiction issues to her city while misdirecting funding to a system that doesn’t work.

“They [addicts] are going to the Doorway, and many of them are finding their way to Manchester safe stations because it’s open 24 hours a day, and it’s stigma-free.”

The data, however, show that far from abandoning Manchester, the state has dumped millions of new dollars on the city to fund substance use disorder (SUD) treatment programs and other services.  State SUD funding to Manchester has risen from around $2 million in 2015 to around $11 million today, according to budget data from the governor’s office.

Meanwhile, as Mayor Craig continues to fight the Doorway program, opioid overdose deaths in Manchester have increased over the past year, while declining across the state–a sign, supporters of Gov. Sununu’s approach argue, that his model is working while she’s putting local politics over outcomes for addicts.

The past few years have been good to New Hampshire’s economy, and personal incomes have risen as crime has remained flat or falling. Other than the opioid crisis–and it is a crisis– the news across New Hampshire has been good.

Except in Manchester, where Liz Warren’s office break-in barely made the news. And that’s the problem.