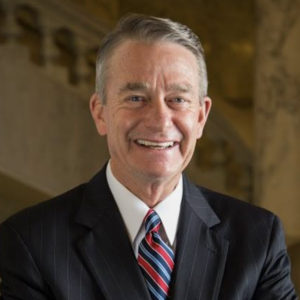 Democrats in Washington, D.C., are actively working to saddle your grandchildren with unprecedented levels of debt to bail out states that have not operated responsibly before or during the pandemic.

The latest round of foolish logic in the Democrats’ COVID-19 relief plans would punish responsible states like Idaho for pursuing tax cuts for our citizens!

First, their plan gives disproportionately more direct aid to states that have kept people out of work and entered the pandemic with poorly performing economies and botched state budgets. The move comes at the expense of Idaho, which has low unemployment, few restrictions, a strong economy, and a solvent state budget. The plan siphons a quarter of a billion dollars away from Idaho and gives it to states on lockdown, such as California, New York, Illinois, and others.

Then, their package includes a multibillion-dollar bailout for private pension funds that have been mismanaged for decades. The move comes at the expense of Idaho, which has one of the strongest state pension funds in the nation, thanks to prudent management.

Now, under the bill, Idaho would potentially subsidize poorly managed states simply because we are using our record budget surplus to pursue historic tax relief for our citizens. Language in the federal bill is unclear, and one interpretation could prohibit states from pursuing tax relief through 2024. We achieved our record budget surplus after years of responsible, conservative governing and quick action during the pandemic, and our surplus should be returned to Idahoans as I proposed.

What incentive do states have to do the right thing when they get bailed out for doing the wrong thing?

Unlike these states, Idaho is in a position to cut taxes in a middle of a pandemic. We have limited spending. We have cut red tape and earned our status as the least regulated state in the nation. We rank among the most financially solvent states because of our rainy-day fund levels, solvent state pension, and strong Unemployment Insurance Fund balance.

Idaho has taken a balanced, measured approach in our pandemic response. We have managed to prevent a crisis in our hospitals while keeping businesses, schools, and churches open longer than almost every other state. We directed most of our federal relief funds in direct support of Idaho citizens and businesses. We are a leading state for our share of vaccine doses administered.

Other states chose to lockdown, hurting workers, students, and families. Meanwhile, their failed policies are not reducing COVID-19 spread. Idaho, on the other hand, continues to see declining COVID-19 case counts and hospitalizations, while staying open.

Simply put, any future federal relief funds directed to states should be allocated fairly. We know the debt is mortgaged from our grandkids, and I will push to use those funds to directly support them through long-range investments in education, broadband, and water infrastructure.

Idaho’s congressional delegation and I will continue to keep the pressure on Congress and the Biden administration to do what’s right for future generations, and not use our grandkids’ futures for political payback to irresponsible states. 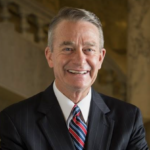 The people of Idaho elected Brad Little as the state’s 33rd Governor in November 2018.