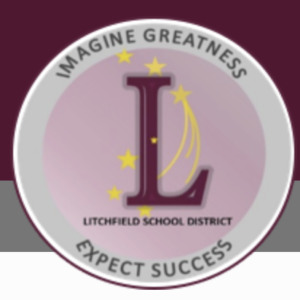 If Critical Race Theory is so popular in New Hampshire, why do its advocates keep taking it down?

The Litchfield school board dumped a collection of Critical Race Theory (CRT) training and advocacy materials from its website over the weekend after receiving a media inquiry on Friday from New Hampshire Journal.

The materials, on a page headlined “Anti-racism resources,” contained videos, podcasts, books and articles from some of the most radical and controversial advocates of race-based CRT ideology, including Ibram X. Kendi, Robin DiAngelo and the 1619 Project.

The page posted by the Litchfield school system last year in response to the George Floyd killing was also posted by progressive high schools and colleges across the country. It features the headline, “Resources for white parents to raise anti-racist children.”

Critics note the training appears to targets white parents only, apparently assuming that only white people can be racist. That is one of the fundamental beliefs of Critical Race Theory. 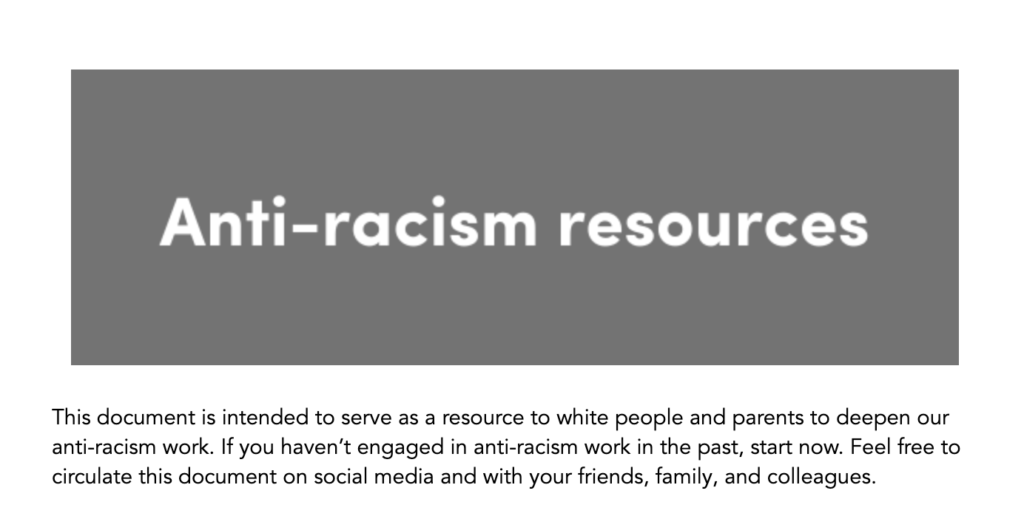 From the webpage the Litchfield school board has since removed from its site.

The premise of “anti-racism,” as laid out by Kendi et al., is that refusing to agree that all white people are racist or that American society is structurally racist is, in itself, a form of racism. Anti-racism rejects the idea of a “colorblind society” as an argument maintaining the racist status quo. As Kendi writes:

Kendi’s book, How To Be An Antiracist, is on the list, along with a video by author Robin DiAngelo talking about her book “White Fragility.” DiAngelo advances the theory of the “pillars of whiteness” that make all white people part of the racism problem.

DiAngelow is also one of several people on this list who rejects capitalism, saying, “Capitalism is so bound up with racism… capitalism is dependent on inequality, on an underclass. If the model is profit over everything else, you’re not going to look at your policies to see what is most racially equitable.”

And Charlene Carruthers added, “I hope people are agitated into thinking about capitalism, patriarch and anti-Blackness as systems we all have a role in dismantling.”

The Litchfield list also includes videos calling for an end to “gender norms and the gender binary,” as well as a partisan attack on President Donald Trump’s handling of the COVID-19 pandemic, with shots targeting radio host Rush Limbaugh and Fox New’s Tucker Carlson as well.

These attacks may or may not be legitimate, but it’s hard to see how they advance the cause of diversity and inclusion.

On Friday, NHJournal asked the school board about the materials it was promoting. On Sunday night, board chairperson Christina Harrison contacted NHJournal with the news the “Anti-racism resources” page had been taken down.

“Over a year ago, Litchfield School District published a Message of Unity in response to the rising political and civil unrest following the death of George Floyd,” Harrison said in an email. “The purpose of the message was to reassert our commitment to provide a safe and inclusive school experience that is free from racist acts, bigotry, violence and hatred.”

“We decided to include a list of linked resources to help support Litchfield families through difficult conversations about race while staying ‘safer at home’ during the pandemic.  One of the provided links was a compilation of resources that included articles, books, movies, websites and other resources.

The website, which had been readily available Friday, was blocked late Sunday night when NHJournal attempted to access it.

Harrison did not identify what materials were “flagged as a concern” or explain what the district’s policy is on anti-whiteness or “anti-racism” training.

This is just the latest incident in New Hampshire where advocates for CRT have withdrawn their materials rather than defend the theory. After questions were raised about the Manchester School District ordering some employees to take “white privilege” training — including lessons declaring “whiteness a pillar of white supremacy” —  the district suddenly dropped the mandate and made the training voluntary.

And the Laconia school system had no interest in talking about race-based instruction for elementary schools teaching all white children that they are privileged.

It’s an interesting pattern given the current political fight over GOP attempts to block CRT-based instruction and training by government employees, especially teachers. Democrats have portrayed Republicans as extremists and even racists for their opposition to the curriculum. But if the “anti-white” activism is popular with voters, critics ask, why aren’t advocates standing and fighting rather than ceding the field?

Could it be that, as both national polls and a handful of early elections show, CRT is wildly unpopular with the average voter?

“The message [from CRT activists] is that racism is an active force, and you and your children are implicated,” said Charles Fain Lehman of the Manhattan Institute. “We need to fix it, and if the parents get in the way, we’re going to go through you.”