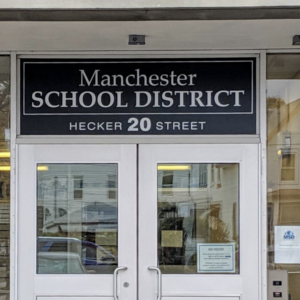 The lawsuit challenging the Manchester School District’s transgender student policy, now referred to as the “Manchester Mom” case, is based on longstanding and well-established parental rights law. Over 100 years ago, the U. S. Supreme Court held that parents have a constitutional right to direct the upbringing and education of their children. Our state Supreme Court has repeatedly found the same parental rights to be protected under the New Hampshire Constitution.

These rights are well-established but not unlimited. The rights of individual parents do not include the right to require school districts to teach certain subjects, to present history or religion in the way a child’s parents may prefer, or allow individual parents to control school policy, like a dress code. If it did, it would be impossible for public schools to accommodate the sometimes-conflicting wishes of various sets of parents.

The second mistake is her failure to recognize the way that the policy interferes with a parent’s right to make fundamental decisions about a child’s education. The Manchester transgender student policy includes a provision that tells teachers and administrators that if a student asks to be treated as having a gender identity that is different from the student’s birth sex, the school will honor that request. Further — and this is the truly odious part — if the student asks school officials to hide his or her open and public in-school behavior from the student’s parents, the school will also honor that request.

In the Manchester case, the mother inadvertently learned during a remote school session that her child was undergoing this kind of social transitioning at school. In an email exchange, she asked the child’s teacher to use the child’s legal name and pronouns that corresponded to the child’s birth sex. The teacher initially agreed that if the parents wanted their child to be treated that way, the teachers would do that. Minutes later the building principal sent a follow-up email saying the teachers were going to have to follow the policy and would accede to the wishes of the student, not the parent. In essence, they were telling the mom that the school was going to follow its policy and hide the child’s behavior from her.

This brings us back to parental rights. Parental rights are at their absolute apex when deciding whether to send their child to their local public school, a charter school, a private school, or to home school. The Manchester policy interferes with that right because it affirmatively seeks to prevent parents from knowing facts about their child’s in-school activity – and how the school is relating to the child – that the parent needs to make informed decisions about the child’s education. When the school hides facts about the child from the parents, it interferes with parental rights.

The third important aspect of parental rights was highlighted in a recent tweet by Democratic Party Chairman Ray Buckley, where he said that “some kids will be kicked out or beaten (to death) or commit suicide.” Those may be valid concerns in outlier cases, but having it be the default presumption reflects a massive disrespect for parental rights. But the Supreme Court has repeatedly held that when it comes to the relationship between parents and the government, there is a strong presumption that a child’s parents are “fit parents” and will act in their children’s best interest.

The Manchester policy could easily have been written to conform to this constitutional norm by creating a presumption that parents would be informed of a child’s in-school behavior unless there was some compelling evidence that a child was at risk of abuse by a parent. Teachers are already required by law to notify authorities of suspected child abuse or concern for child safety. The Manchester policy could have been written to involve parents in important child-rearing decisions while also providing a safety valve procedure in cases with a real risk of abuse.

Instead, the Board of School chose to simply interject itself between parents and their children.