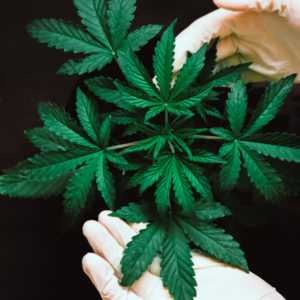 The science may say that legalized pot could help solve New Hampshire’s opioid crisis, but until Gov. Sununu agrees, Granite State addicts won’t have that option.

On Monday two new studies were released that found an increase in access to legal marijuana correlates to a reduction in opioid use. In these studies, presented in the Journal of American Medicine, researchers looked at opioid prescriptions under Medicare Part D and Medicaid over more than five years, comparing states with legal pot to those without. Their findings: “After states legalized weed, the number of opioid prescriptions and the daily dose of opioids went way down,” Scientific American magazine reports.

“I’m not surprised,” says Dr. Kevin Hill, an addiction psychiatrist and Director of the Division of Addiction Psychiatry at Beth Israel Deaconess Medical Center in Boston.

He told the NHJournal that “there is strong pre-clinical evidence pointing to a relationship between cannabis and opioids. That evidence is backed up a significant amount of anecdotal evidence from patients who say that if they are prescribed opioids for chronic pain and then they begin to use medical cannabis, they ultimately need fewer opioids. This has been going on for years.”

Hill noted that in one study, patients filled about 40 fewer opioid prescriptions per 1,000 people every year after their state passed any law making cannabis accessible—and those numbers dropped even more in states with both legal medical and recreational marijuana. And he pointed to a 2014 paper reporting 25 percent fewer opioid overdose deaths in states with medical marijuana laws.

Such a reduction would have meant 120 fewer deadly overdoses in New Hampshire last year alone.

“In this time when we are so concerned about opiate abuse and the mortality that’s occurring, we need to be clear-eyed and use evidence to drive our policies,” said University of Georgia Professor W. David Bradford, who authored one of the studies.

So why not add legal cannabis to the list of potential solutions to New Hampshire’s overdoes crisis? Because Gov. Chris Sununu still opposes marijuana legalization, pledging to veto such a bill passed by the House earlier this year if it made it to his desk.

“Governor Sununu has supported commonsense reforms to decriminalize marijuana use and expand the availability of medical marijuana. Considering New Hampshire is in the midst of a drug crisis, Governor Sununu remains firm in his position that now is not the time for recreational legalization,” Sununu spokesman Benjamin Vihstadt said Monday.

“Well, I would say that in the midst of an opioid crisis, we need to consider all possible avenues towards trying to find a solution,” was Dr. Hill’s response.  “I’m somebody who treats patients who have opioid use disorder every day, so I know very well what the outcomes can be. These patients die. I think it’s hard to ignore data which suggests cannabis could be part of the solution.”

The future of cannabis in New Hampshire is largely in the hands of the Marijuana Study Commission, whose members are widely viewed to be opposed to legalization. Add in Gov. Sununu’s veto threat and any progress on pot is unlikely in the near term.

“I think that the arguments for and against legalized recreational cannabis are very complex,” Dr. Hill acknowledged.  “But I would think that these two papers build on the growing evidence that suggested we really need to take a look at this relationship between ‘more pot’ and ‘fewer opioids.’ With people dying every day, New Hampshire and other states really need to consider all possible answers.”

“I’m not saying that pot is the ultimate solution, but it’s certainly worth considering.”