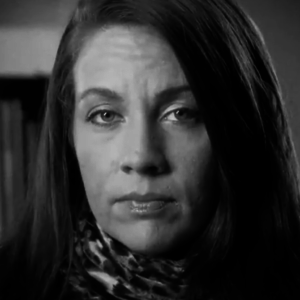 “At Least I Would Have Been Heard:” Crime Victims Explain Their Support For Marsy’s Law

Supporters of Marsy’s Law provided these comments from the testimony of crime victims and their families during Tuesday’s hearing before a NH House committee:

“I have heard opponents of this legislation say it solves no problems—my family and I have lived the problems that make Marsy’s Law necessary. When my daughter was brutally murdered, we had no voice, no standing in the system that was supposed to bring justice to Lizzi. With Constitutional rights that were given equal consideration to the defendant, much of the terror, anger, and helplessness that we experienced in the process would have been alleviated. New Hampshire needs Marsy’s Law to protect the next family who experiences the unspeakable tragedy that we did,” said Bob Marriott, whose daughter Lizzi was raped and murdered in 2012.

“I have heard some say that statutory rights are sufficient for victims of crime and that enshrining these rights in the constitution will not make them any more enforceable. If that’s the case, then why don’t we remove defendants’ rights from the constitution and put them in statute? If statutory rights are sufficient for victims, then why aren’t they good enough for defendants? I was not notified that my rapist was being released—I wasn’t given the opportunity to weigh in or speak to the impact that him moving to New Hampshire would have on me and my children. I needed the protection from the government. I needed the same weight of law that he had. Please don’t tell me that statutes are enough. I’ve lived through the system and I can tell you that they’re not. When you say that a person who has been kidnapped and raped in front of their children doesn’t deserve basic constitutional protections—then, who does?”–Carissa Dowd, who was kidnapped and raped by a stranger in front of her two young children.

“Two years after my sister’s murderer was convicted he climbed a wall and escaped from prison. For two weeks he was free in the community and no one notified us.  Years later, in spite of the escape, he was paroled. Again, no one notified us. We did not know he was up for parole, we did not know he had a parole hearing and we did not know he was released. After what we’ve been through as a family, not much scares me, but the thought of coming face to face with that monster terrifies me.”– Bill Greeley, whose sister Lee Ann was murdered in New Hampshire in 1973.

“I had my power stripped away when I was drugged and raped. The very system that was supposed to hold him accountable stripped my power away again and silenced me. Victims of crime deserve better. Elevating my statutory rights to the same constitutional level as the man that violated me is the only way to have ensured that I had a voice in the process and had the chance to address the court prior to conclusion of the case. I understand my statement may not have changed the outcome of the case, but at least I would have been heard.”– Sexual assault survivor, Debbie Verdicchio.