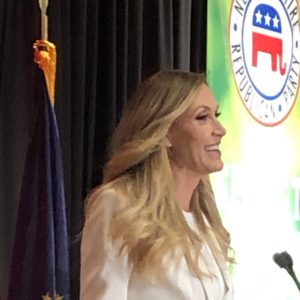 Lara Trump addresses an NHGOP fundraiser in Nashua on April 2, 2019.

Lara Trump to NHJournal: “We Fully Expect To Win New Hampshire in 2020”

A confident Lara Trump told NHJournal that the Trump 2020 campaign is already “laser-focused” on the Granite State and that her father-in-law has high expectations:

“We only lost by 2,700 votes or so in 2016,” Trump told NHJournal.  “New Hampshire is a very special place to us and I can tell you the president is laser-focused on winning here.” 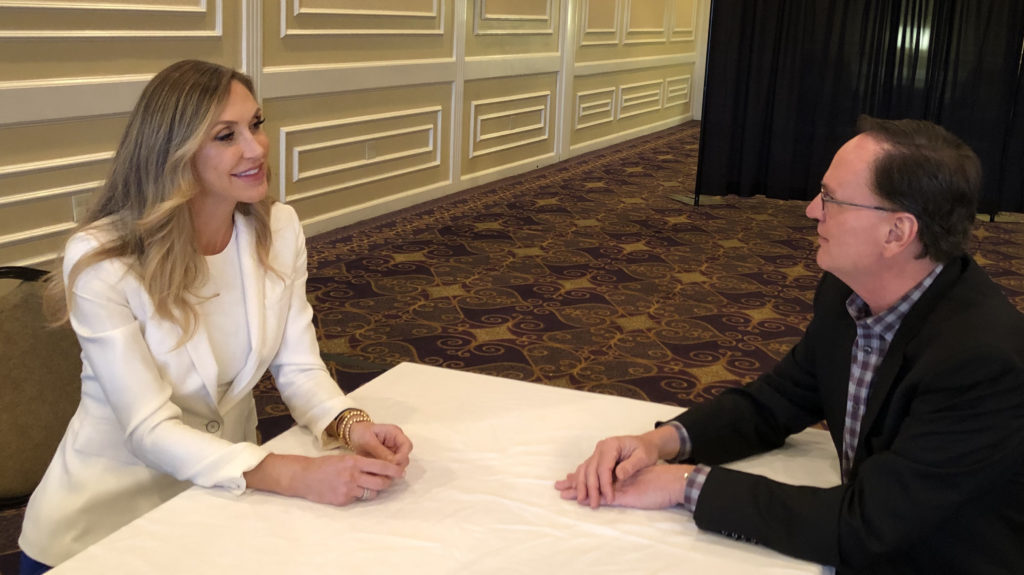 Lara Trump, President Trump’s campaign advisor and daughter-in-law, speaks to NHJournal’s Michael Graham before an appearance at an NHGOP fundraiser in Nashua on April 2, 2019.

Trump is both Trump’s daughter-in-law and a campaign advisor to the president who helped oversee his winning effort in her home state of North Carolina. She was in New Hampshire to headline a fundraiser for state GOP and its new pro-Trump chairman Steve Stepanek. She told the enthusiastic crowd that “you’re going to see a lot of us here in New Hampshire.

“The reality is we’ve already been working hard. For as, I’ll call it ‘grassroots,’ as we were in 2016 — I don’t want to call it ‘disorganized’– we are like a well-oiled machine now,” Trump said. “Brad Parscale, our campaign manager, is doing a great job. He’s got the data all lined up. It’s looking really good for us already.”

Trump and NHGOP chairman Stepanek both emphasized the new focus on data and voter targeting that, they say, has already begun in New Hampshire. “We have identified thousands of people here who did not vote for Donald Trump in 2016 who are now Trump supporters and are excited to vote for him in 2020,” Trump told NHJournal.

Those voters may exist, but they have yet to show up in the polls.  In the latest NHJournal poll, Trump is underwater with Granite State voters, 36 percent approve/58 percent disapprove — similar to his 36-57 percent number in February’s Morning Consult poll. Trump’s disapproval in the Morning Consult’s monthly polling has been above 50 percent in New Hampshire for nearly two years, since May of 2017.

In addition, the anti-Trump #BlueWave of the 2018 midterm crashed hard across New Hampshire, with Democrats taking control of both chambers of the state legislature and holding both U.S. House seats. 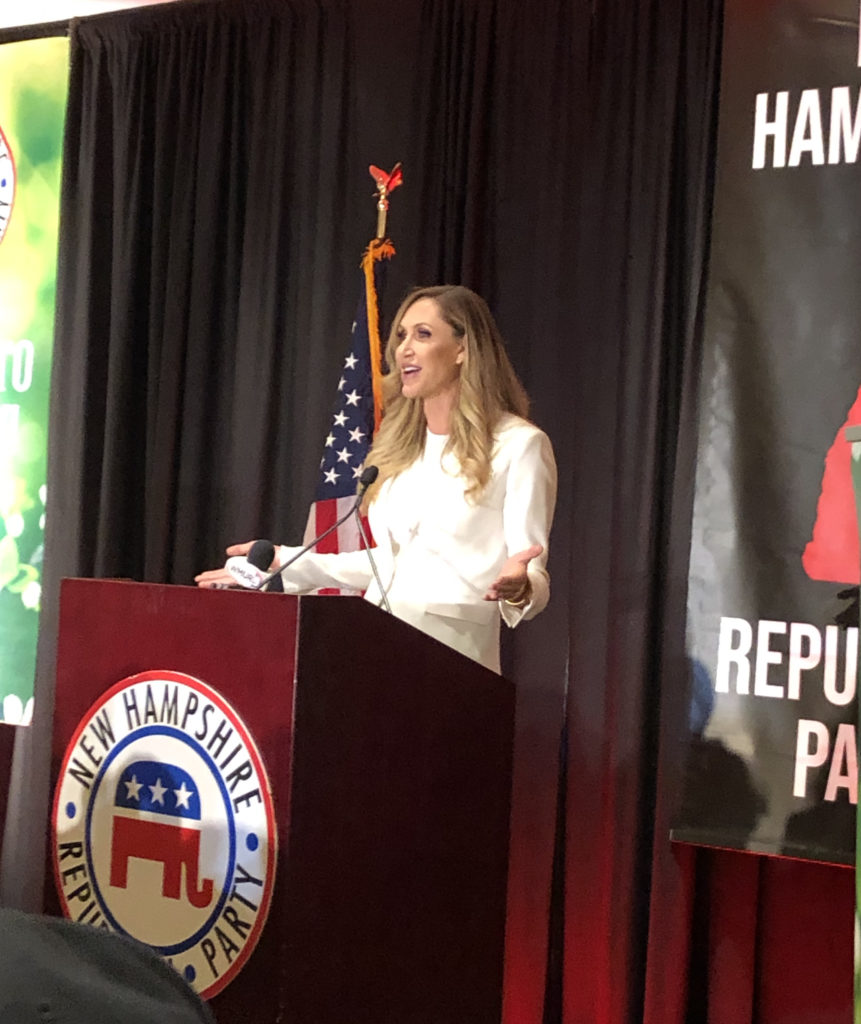 Lara Trump addresses an NHGOP fundraiser in Nashua on April 2, 2019

Still, Lara Trump says, the campaign is committed to New Hampshire and believes they have identified the voters — in particular the non-college-educated, blue-collar voters — Trump needs to win. She also points to the state’s red-hot economy as another opportunity for Trump.

“Look at New Hampshire — the lowest unemployment in the entire country. Amazing, isn’t it? I think we win by asking people ‘has your life gotten better under a Trump presidency? Is a better or is it worse?’ And I think the vast majority of people here in New Hampshire are going to say ‘it’s better,'” Trump said.

“You might not love every tweet that Donald Trump tweets. You might not like him personally or thinks he’s got the greatest personality, but you better believe that people are happy with the fact that they have more money in their pockets. Their 401ks are going up, and the future for their kids looks brighter. They feel safer as a country. People really respond to that,” Trump said.

And she had a message for the ever-growing field of Democrats entering the 2020 primary:

“I still say save your money, don’t waste your money or time running against Donald Trump in 2020 because you’re not going to beat him. Save it until 2024,” Trump said.