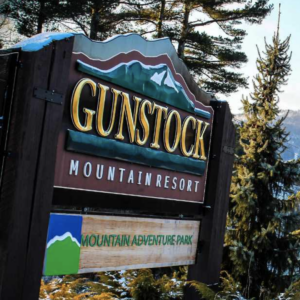 “The unexpected and sudden closure of Gunstock Mountain Resort is already creating a significant negative economic impact in several areas across the county,” Lang said. “I have been hearing from small businesses in the area who are being hurt by this closure, from employees hoping to get back to work, and from working families, seniors, and county officials that are concerned about how this could affect property taxes in Belknap County.”

The county-owned ski park shut down last week after months of tension boiled over between the GOP-appointed Gunstock Area Commission and the management team. The entire leadership team quit in protest on Wednesday, giving two-weeks notice.

The commissioners responded by sending sheriff’s deputies on Thursday to remove the staff, effectively shutting down the resort. Gunstock is vital to the local economy year-round and offers activities like an adventure park in summer.

Lang and Harvey-Bolia want the commission members, and members of the county delegation, to hold a special meeting to discuss reopening plans and a schedule for getting the park back in business.

“These individuals have made bad decisions and until they are removed from their positions and replaced with good people who recognize the wonderful asset the Gunstock is, the County will continue to suffer,” Sununu wrote in an open letter to Belknap residents.

Giuda has tried to change the way the commission operates and have the members elected by the voters instead of appointed by the House delegation. The turmoil caused by the commission members is the reason he wanted that change.

“They just had the best year in Gunstock history, with $9 million in profit, and the commissioners went to war with the Gunstock management,” Giuda said.

Sylvia (R-Belmont), is best known as a leader in the fringe movement to get New Hampshire to secede from the Union. Sylvia, Silber (R-Gilford), and Hough (R-Laconia) have waged political war on the leadership of the popular resort. Lang said the fighting needs to end or the economy will suffer.

“Gunstock Mountain isn’t just a point of pride and a magnet for tourism and recreation, it also provides significant tax revenue to the county. This kind of disruption in operations could lead to higher local taxes which is why we need immediate action,” Lang said.

Sununu has offered state jobs to the members of the Gunstock team if they are not rehired by the commission.