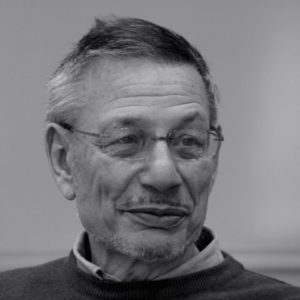 When former Dartmouth Professor of Government Ned LeBow cracked a joke on a San Francisco elevator, nobody could have foreseen the international firestorm it would spark. The resulting story of p.c. overreaction and academic idiocy left everyone except the 76-year-old professor looking ridiculous.

But not, apparently, quite ridiculous enough. The p.c. pinheads have censured the professor…again.

The story began at an academic conference in San Francisco when Professor Lebow, currently of King’s College London found himself on the same elevator as Simona Sharoni, a professor of women’s and gender studies at Merrimack College in Massachusetts.  When Professor Sharoni courteously asked her fellow riders what floor they needed, Lebow joked “Ladies lingerie, please.”

And that’s where the “courtesy” ended.

Sharoni claims she was offended by the joke, as well as the laughter of the “white, middle-aged men” on the elevator.   In her formal complaint to the International Studies Association, the organization hosting the conference, Sharoni said: “After they walked out, the woman standing next to me turned to me and said, ‘I wonder if we should have told them that it is no longer acceptable to make these jokes!'”

The ISA responded to Lebow’s lame joke, not with an eye roll, but with a rebuke. They ordered him to apologize for his “offensive and inappropriate” remark. When he refused, they formally censured him.

Now the story has taken another turn, as recounted by Professor Lebow in the Valley News:

“I discovered that she [Professor Sharoni] had not grown up in either the U.S. or U.K. — where saying “ladies’ lingerie” in an elevator is a well-known gag line — so I explained in the same email the meaning of my remark and how it was in no way directed against women.

I further suggested that I considered a complaint of the kind she made damaging to efforts of women to combat serious and unacceptable mistreatment.

She complained to the ISA, this time about my having contacted her, and I was censured a second time.

Comedy is in the eye of the beholder and it may be that Professor Sharoni simply didn’t like Lebow’s attempt at humor. But why complain over an attempt by the gentleman to explain the comment and clear up any confusion over its offensiveness? Complaining the first time was embarrassing enough. Why complain again?

And–a more significant question–why would an (allegedly) serious academic institution like the ISA pile on with a second censure?  Professor Lebow has a theory:

“What ISA officials want is not an apology but a capitulation….giving in to their demands would further chill free speech among younger colleagues and students who are far more vulnerable than I am to sanction by their professional organization.”

Somebody in this story is getting bullied. How many people believe it’s the gender-studies professor from Massachusetts?