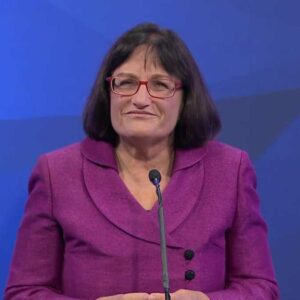 All three Democrats in New Hampshire’s federal delegation are fighting for their political lives in the latest New Hampshire Journal/Coefficient poll.

At the same time, incumbent Democrat Sen. Maggie Hassan is tied with her opponent, retired Gen. Don Bolduc 45-45 percent, with seven percent of voters saying they were undecided.

“Since day one, General Bolduc has campaigned the New Hampshire way. After every event, every town hall, we are hearing the same thing from Granite Staters, inflation is crushing them and Sen. Hassan is to blame,” said campaign spokeswoman Kate Constantini. “This polling is a true testament that the momentum is with us and Granite Staters are sick and tired of Maggie Hassan’s disastrous record. It’s time to send an outsider to Washington, D.C.”

In the First Congressional District, newcomer Karoline Leavitt is in a margin-of-error race with two-term incumbent Chris Pappas, trailing him 48-44 percent. According to sources close to the Leavitt campaign, its internal polling shows she has already caught Pappas and continues to gain momentum.

“It is no secret that the policies of Joe Biden and Ann Kuster have had devastating consequences for the people of New Hampshire,” Burns told NHJournal. “This poll shows the residents of the Second District are ready for a congressman that will fight against inflation, restore American energy independence, and return manufacturing back to the United States. Ann Kuster fights for the profit of her friends; I will fight for the people of New Hampshire.”

Hassan, Kuster, and Pappas all declined to respond to requests for comment.

Polling has been unreliable at the state level, particularly beginning in 2016, and even some Republicans raised eyebrows over the Burns lead in this poll. At the same time, it reflects President Joe Biden’s dismal 39-55 percent approval rating in the district. And the polling error has nearly all trended in the same direction: Underestimating GOP performance.

A common finding in the polls is that all three Democrats have gotten their support in their party up to the 90 percent range, which is expected. But the Republican candidates are still around 80 percent among GOP voters, a sign they’ve got room to grow as Election Day approaches. And if, as is historically the case, undecideds break against the Democratic incumbents in this environment, that would be even more good news for Bolduc, Leavitt, and Burns.

“With 12 days to go, being within the margin of error is a good place to be, particularly for Republican candidates who were perceived as weak. Biden is a drag on the Democrats and Sununu is a plus for Republicans. There may be some surprises here a week from Tuesday,” Merrill said.