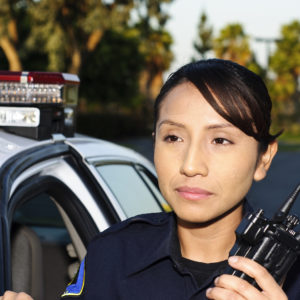 Kuster, Pappas Back Plan to Strip Cops of Qualified Immunity Protections From Lawsuits

On Monday, the NHGOP sent out an email criticizing N.H. U.S. Reps. Annie Kuster and Chris Pappas for voting with Speaker Nancy Pelosi “99 percent of the time.” But for New Hampshire police officers, the two Democrats’ support for a single Pelosi-backed proposal, stripping cops of legal protections, may be a major problem all by itself.

This week the House will be voting on the Justice in Policing Act, designed to address police conduct and racial bias. Among the bill’s proposals:

This last item, eliminating qualified immunity, is one of the most hotly contested parts of the debate over police reform. Qualified immunity protects police from being sued for damages in federal court over excessive force and other violations of constitutional rights unless the officers broke some “clearly established” law.

With Democrats in control of the House of Representatives, the Justice in Policing Act and qualified immunity are almost certain to pass the House.

While the New Hampshire Chiefs of Police Association has been silent on the issue, the International Association of Chiefs of Police issued a statement. “Qualified immunity is a foundational protection for the policing profession and any modification to this legal standard will have a devastating impact on the police’s ability to fulfill its public safety mission.”

The politics of police reform has created some strange bedfellows. The proposal backed by Kuster and Pappas is also backed by the libertarian Cato Institute.

Attorney Gabriel Malor, an outspoken conservative, told NHJournal: “Abolishing the court-made doctrine of qualified immunity is long overdue. When an ordinary citizen breaks the law, it is no defense to say they did not know their actions were illegal. But qualified immunity provides to police officers and other civil servants just such a defense of ignorance.

“Doing away with qualified immunity simply means that police officers and other civil servants can be subjected to the same liability as anybody else. Police officers who are sued for violating civil rights will still get their day in court. They just won’t have the benefit of the doubt afforded by qualified immunity,” Malor said. 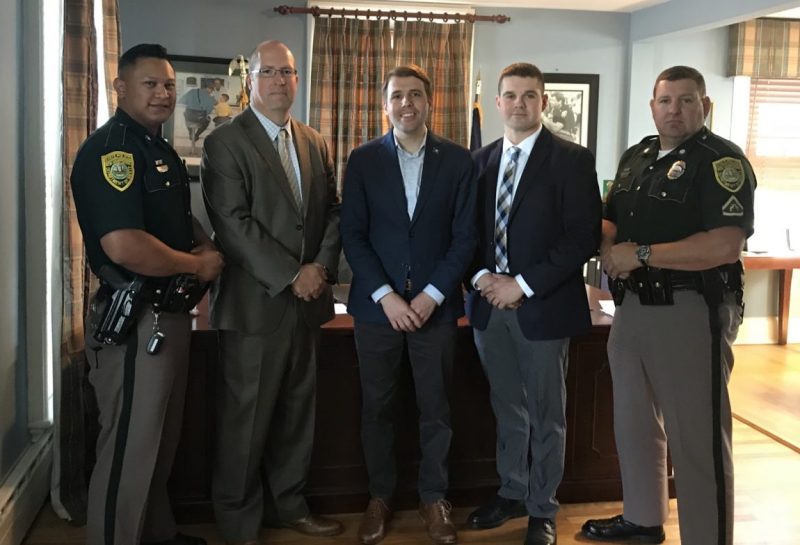 Then-candidate Chris Pappas receives the endorsement of the N.H. Troopers Association in 2018.

The issue has also created some potential political headaches for Chris Pappas. In 2018, Pappas received the endorsement of police organizations like the New Hampshire Troopers Association and the Manchester Police Patrolman’s Association over his GOP opponent, former South Hampton police chief Eddie Edwards.

The N.H. Troopers Association didn’t respond to a request for comment.

At the first meeting of the state’s new Commission on Law Enforcement Accountability, Community and Transparency Monday, Gov. Chris Sununu was quick to praise New Hampshire law enforcement. “In New Hampshire, it’s not hyperbole to say we have some of, if not the best, local and state law enforcement in our country. We really have the gold standard,” Sununu said.

That’s significant because even if Congress eliminated qualified immunity at the federal level, police officers in New Hampshire also enjoy something called “official immunity” at the state level.

Official immunity for state law claims is similar to qualified immunity. According to an article by Andrew B. Livernois at the New Hampshire Municipal Association website, “the doctrine of official immunity is designed to encourage and safeguard the ability of government officials to exercise their duties and carry out their functions without being hampered by concerns over possible liability from litigation.”

Which means even if the Justice in Policing Act gets through the U.S. Senate — where GOP Sen. Tim Scott says eliminating qualified immunity is a “poison pill” that will doom any legislation on arrival — and then is signed into law by President Trump, police will still enjoy special protected status unless New Hampshire lawmakers act.

Given how modest the police reforms passed by the legislature have been, even in the wake of the George Floyd killing, such action is highly unlikely.

The real question is whether Democrats are willing to confront their allies in the police unions, particularly when polls show most Granite Staters have more confidence in their local cops than they do their elected politicians.