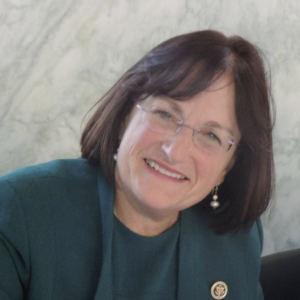 Some Democrats (though not all) refer to it as the Build Back Better Act.

“Passage of the Build Back Better Act through the Energy and Commerce Committee is a critical next step to deliver key priorities for Granite State families as we look to the future of our country,” Kuster said in a statement.

Part of that future is taxpayer subsidies for EVs and their owners. In addition to $8 billion for EV charging stations across the country in the bipartisan $1.2 trillion infrastructure bill, the reconciliation bill includes tax incentives for people who buy electric vehicles.

The tax credit for up to $12,500 per vehicle for U.S.-made, union-made, zero-emission models compares with a $7,500 incentive for most other electric cars. About 80 percent of the current EV subsidies go to people who earn at least six figures. Republicans on the committee proposed an amendment to limit those subsidies to people who earn $100,000 per year or less, or on an electric vehicle costing more than $40,000.

Kuster and the Democratic majority rejected the amendment. Their cap is at incomes of $400,000 and would apply to vehicles costing up to $74,000. The program would cost taxpayers more than $300 million a year, according to estimates.

“Every single Democrat just voted NO on [this amendment]. The Left’s radical EV agenda is just a corporate handout and transfer of wealth from all American workers to the rich,” the Republicans on the House Energy and Commerce Committee tweeted.

The most significant vote by the Energy committee was likely their approval of the so-called “Clean Electricity Performance Program,” a $150 billion government push to incentivize electricity producers to move from fossil fuels to renewables.

“Specifically, this plan will expand access to affordable health care coverage for millions of Americans and advance key environmental priorities like establishing a Clean Electricity Performance Program to protect our planet and incentivize clean energy before it is too late,” Kuster said.

Utilities that fail to make annual targets would be fined, an outcome many small producers, like rural coops and local public utilities, fear will fall on them the hardest.

“All the costs incurred by our members are passed along to their customers,” wrote Joy Ditto, president of the American Public Power Association, which represents not-for-profit, community-owned utilities. “Preliminary analyses conducted by our members show that compliance with the CEPP, whether through meeting the clean electricity percentage increase of four percent annually (assuming it could even be done) or payment for failing to do so would result in substantially increased costs for customers.”

“We believe there are serious questions about whether the supply chain can support such rapid growth in solar and wind generation in the short time frame required in the CEPP’s compliance window,” the NRECA wrote to the committee. If energy companies like the NH Electric Co-op can’t access enough green power, they’ll be forced to pay fines and pass the costs onto ratepayers.

In another notable vote, Kuster joined her fellow Democrats in killing a proposed ban on using funds in this legislation to buy rare earth minerals from “any area controlled by the Taliban.”

And New Hampshire dairy farmers would face a flatulence tax under the Democrats’ natural gas tax policy. Committee Democrats voted down an amendment to exempt farmers and, as a result, they would be hit with an estimated tax of $6,500 per dairy cow, $2,600 per head of cattle, and $500 per hog.

“The Build Back Better Act answers the demands of this moment, and I look forward to full passage in the coming weeks,” Kuster said.